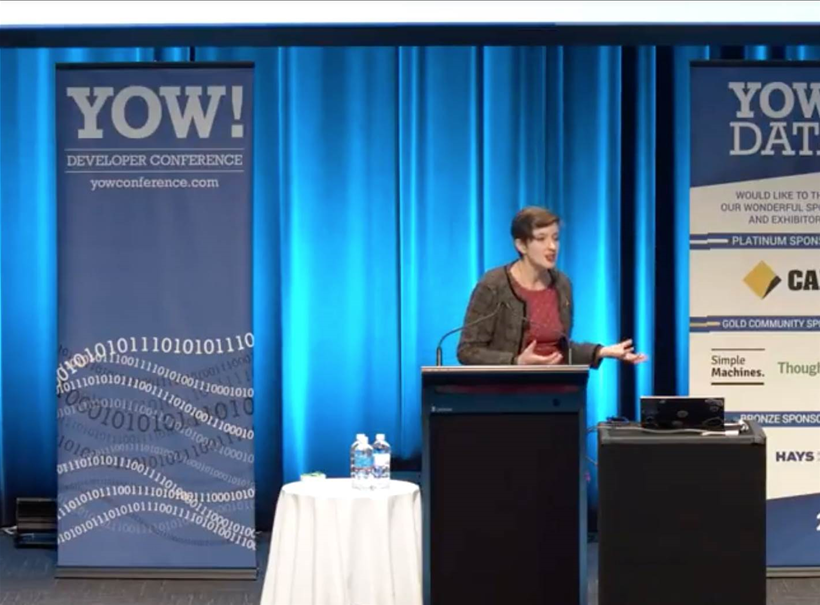 The University of Melbourne's Fiona Tweedie.

The University of Melbourne is using internet of things technology at its Parkville campus to understand space utilisation and as a testbed for research projects.

Data strategy advisor Fiona Tweedie told the recent Yow! Data 2018 conference that the university had “ambitions to become a smart campus” and that data collection and management would prove “critical to achieving those ambitions.”

The university has previously deployed a Cisco based wi-fi network, which it said would act as a foundation for some of its smart campus strategy.

It has also talked about the prospect of using wi-fi data to stop students from congregating in parts of the campus that were unrelated to their areas of study.

“The university’s campuses are intensively managed and studied,” Tweedie said.

“There are two real streams of questions about the physical space of the university. First come from the staff who are responsible for administering the space. They’re interested in things like efficiency of water and electricity, and whether space is being utilised effectively.”

Effective space utilisation targeted questions from whether staff had enough or too much office space to whether food outlets and bins were located in the right place.

“All these sorts of questions are raised when you administer what is effectively a small town,” Tweedie said of the university’s campuses.

Increasingly, the main Parkville campus is also being used as an IoT testbed for a range of research projects.

“We’ve got researchers in engineering, architecture, urban planning, forestry, ecology, and they’ve all got questions about how the campus works, or questions which can be explored using the physical campus as a testbed,” Tweedie said.

“Things like how can urban planners mitigate the effects of extreme climate events? How do we design the campus to be a friendly and enjoyable place to be? How do we keep trees alive in paved areas?”

“They provide data which also goes to the City of Melbourne because they are interested in the climatic conditions in the city,” she said.

“This information is used to study things like water efficient design and the impacts of urban greening - adding lots of plants to a landscape to help control temperature, humidity and water retention.

“One of the things that urban planners want to do is try to keep water in the landscape rather than dumping it all immediately into stormwater drains where it just floods the streams and river system.”

Tweedie said such data was also of interest to psychology researchers.

“Urban greening projects as well as improving the physical quality of the environment and the air quality and the water retention is also intended to improve the human experience,” she said.

“The theory is it’s just a nicer place to be. Ultimately the data which these weather stations collected is of interest to researchers in disciplines across the campus.”

In addition to official projects, the university is also used to test an increasing number of student-led IoT creations.

These include a project monitoring microclimates around campus “using dozen of iButton” devices.

Another student project uses sensors embedded in cushions to understand at a very granular level how well campus seating is used.