Using tech to save wine from bushfire smoke

The right software models could save winemakers from smoke taint. 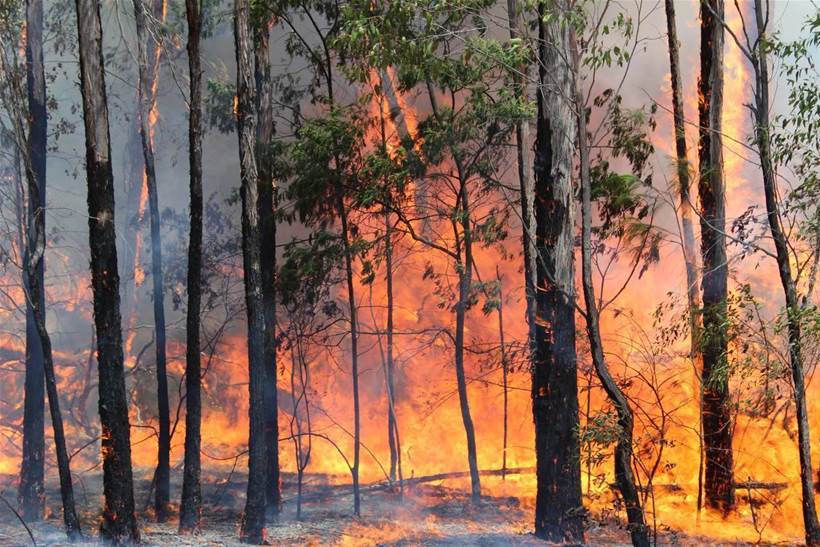 Southern Australia, California, central Chile, Greece and South Africa’s Western Cape are known for their wine – but all these areas have faced some of the worst bushfires on record in the last few years.

Bushfires can cause direct damage to vineyards, but smoke from nearby bushfires also taints the grapes on the grapevines.

As any winemaker will tell you, wine gets its flavour from a range of complex interactions between the soil, grapevine and its environment – creating its own particular style.

But if grapes are exposed to smoke, it can ruin a vintage, says Associate Professor Sigfredo Fuentes, a plant physiologist and wine scientist who works on the development of new digital and technological solutions to agricultural issues at the University of Melbourne’s School of Agriculture and Food.

“While smoke affects grapevine varieties differently, expert analysis of wines that are smoke-tainted describe them as having a ‘smoky’ aroma and ‘ashy’ aftertaste, particularly for Shiraz, Cabernet Sauvignon, Merlot, Chardonnay and Pinot Gris wines,” he says.

“While flavour characteristics caused by the soil, plants and environment are the source of the variety we appreciate in wines, these spoilage characteristics certainly make the wine less palatable for wine lovers.”

Grapes exposed to smoke absorb volatile phenols, which are strong-smelling compounds that bind to sugars in the final wine. One of these, guaiacol, is responsible for those overwhelming ‘smoky’ and ‘ashy’ aromas.

If smoke-tainted fruit could be identified or excluded from a vintage, these tastes and aromas could be managed, or even avoided. But the intensity and extent of smoke taint can vary dramatically, even within the same vineyard.

Associate Professor Fuentes says winemakers need an accurate way to measure which areas of a vineyard are affected by smoke contamination, particularly as grape harvests typically occur in late summer – which coincides with peak bushfire season.

“If grape growers and winemakers could assess in almost real-time which grapevine plants are smoke-contaminated and the level of smoke-taint present in grapes, as well as the potential wine made from them, it would be a game-changer for the industry,” he says.

“This is particularly true given the increasing frequency of bushfires in major viticultural regions around the world as a result of climate change.”

In new research published in the journal Sensors, the team showed how tools like infrared thermal image analysis and machine learning modelling based on pattern recognition could be used by vineyards.

The team gathered data from seven grapevine cultivars involved in the smoke trials using thermal infrared cameras from canopies and near-infrared spectroscopy from the grapes to measure smoke contamination.

“Thermal infrared cameras and near-infrared spectrometers are increasingly available as drone-mounted or handheld instruments that can be attached to smartphones. This makes them more affordable for growers with analysis software in the form of apps,” says Associate Professor Fuentes.

“We realised that with a relatively small investment and the right software models based on machine learning, winemakers could have a solution to smoke taint in their pocket.”

In order to check the results, the team used highly sensitive laboratory equipment to compare the accuracy of the experimental data.

Associate Professor Fuentes, Dr Tongson and PhD student Gonzalez-Viejo used the data to develop two models: one to measure smoke contamination on the vineyard’s leaves, the other to measure smoke taint in the grapes themselves and wine produced from them.

Associate Professor Fuentes says this level of accuracy was achieved by analysing the pattern of leaf transpiration (where moisture is carried up through plants from roots and out of small pores on the underside of leaves) which was then assessed as a proxy of thermal images, which are disrupted by smoke.

Machine learning algorithms were then able to detect this pattern with high accuracy and lower data processing.

The second model was used for predicting smoke-derived guaiacol using near-infrared (NIR) spectroscopy of grapes, and is intended for use with handheld, consumer-grade equipment at close range to test fruit in real-time without destroying them.

“Our testing shows these models can deliver an accurate result using software on a smartphone and a handheld near-infrared spectrometer that costs several thousand dollars – around 45 times less than a mass spectrometer.”

Associate Professor Fuentes says both these experimental models could be used in tandem – giving us a high-level map of smoke taint on leaves using drones and then following this with analysis of grapes using handheld devices.

“Applications that use either of these models separately can make smoke taint visible to winemakers, quickly and accurately, and at relatively low cost,” he says.

“Combined, they could give winemakers a highly-accurate analysis of smoke taint in their vineyard.

“This would give provide them with management strategies to reduce the contamination or separate harvesting of untainted grapes in order to minimise waste and produce a more valuable vintage.”