Technological tools could unlock a new system of resource sharing in agriculture which is ethical and productive. 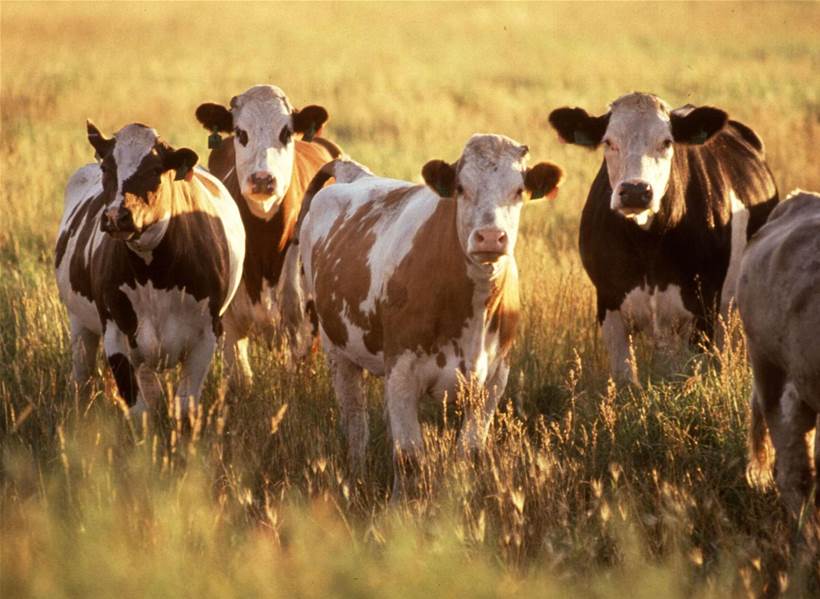 Climate change and the global population boom continue to put pressure on the agriculture industry.

However, new technologies could enable a fairer distribution of resources to help cattle farmers adapt to these challenges. Virtual fencing is an example of this and could allow a system of land sharing that delivers sustainability and productivity.

It involves the removal of fences across large tracts of land, creating opportunity for cattle with multiple owners to be run as a single herd. Cattle would follow available grass and land owners would be paid by cattle owners for the amount of time their animals spend grazing on the property.

He uses livestock’s access to land as an example of how common resources can be exploited. This is what technologies such as virtual fencing aim to avoid.

The large scale deployment of sensors in devices now makes it possible to monitor an array of natural resources. CISCO estimates by 2022 there will be about 15 billion global machine to machine connections driving the uptake of the Internet of Things (IoT). Virtual fencing is an example of a trusted IoT application, one which integrates sensors, digital connectivity, data processing and a user interface.

The “Tragedy of the Commons” was a tragedy based on trust, with the tragedy occurring as a result of individual short-term gain at the expense of shared long-term benefit. The IoT shines a light on individual resource use and could create a new paradigm in resource management. It creates a framework where sensors will facilitate transparent transactions, not only for agricultural systems but any resource where shared access is based on trust.

Virtual fencing could be used to remotely muster and move cattle and direct them towards abundant feed. Collars fitted to cattle would allow us to track and manage herds, removing the need for fences.

Sensors on these collars would be combined with automated algorithms. These could use details of each animal’s behaviour to create alerts, such as warning sounds, and direct them across the landscape. Remote automated collars have the potential for the widespread removal of fences.

In extensive grazing systems typical of savanna environments, balancing grazing pressure occurs against a backdrop of feast, famine, drought and flood. Fences on grazing land currently prevent cattle from doing what wildebeest in the Serengeti do, which is move in large, densely packed herds following available food.

Fences can also indicate ownership and control. However, the emergence of digital maps and GPS tracking means markers of ownership may no longer be required. Instead, the combination of location tracking and electronic identification can trace cattle movement and ownership.

With virtual fencing cattle could also be remotely managed and separated by fenced-off watering points, where they would access drinking troughs along lanes with automated gates. Sensors at watering points would record the identification, weight and growth of individual cattle. This information can be linked to gates which automatically separate specific cattle that are ready for market.

Continuously monitoring and matching cattle numbers to feed resources could also enable farmers to either sell or move their cattle before impending drought.

The dawning of sensor based systems could greatly benefit cattle producers, and removing fences may create a new kind of sustainable resource sharing among them.

In his 1968 article, Hardin uses the analogy of livestock farmers who have access to shared common land. The collective group decides how many animals each farmer can graze on the land. The long-term goal is to ensure the grazing resource is protected for all, but the individual farmer is best served by adding more of his own animals.

Similarly, the demise of commons can be seen in the history of agriculture. Centuries ago, landlords in Europe recognised the importance of a good supply of food to keep people happy. Villagers had access to shared land where they could graze livestock and grow crops.

The emergence of an economic framework saw the control of capital that accessed free labour (freedom to choose where to work), particularly with the growth of textiles. This resulted in landlords taking greater control of parcels of land that were fenced-off. Food increasingly had to be purchased, labour was managed through wages and fenced land resulted in further control of capital.

While the fence has become a symbol for the demise of the commons, a digitally-driven agenda may open opportunities for a commons that is moral and more productive for the cattle industry.

The emergence of technological solutions could sow the seeds for a new age of cattle grazing, leading us to a future with a not so tragic commons