Why the internet of things is the future 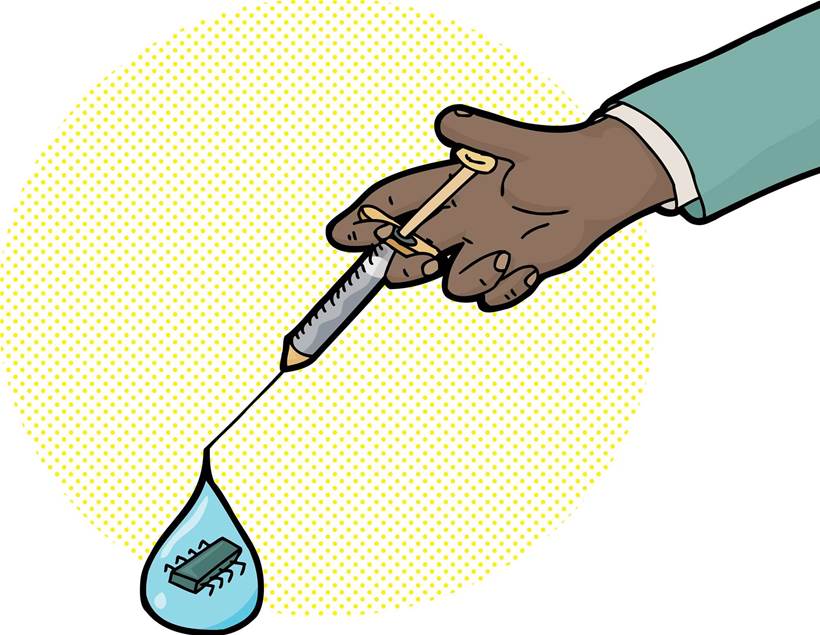 Traditionally, doctors work in a reactive industry, providing their services when called upon.

Sometimes this call for help comes too late.

However, a future is approaching where nano-sized sensors could be ingested by a person, collect data on that person's health, and send that data to their GP in real-time.

The doctor could then quickly identify abnormal readings and make a proactive diagnosis.

This is but one example of the ways things are being digitally connect to one another.

When taken together, they have the potential to transform the way human society operates.

Digital connectivity to objects is certainly not a new concept. Indeed, in certain industries, it has long been standard practice.

SCADA systems have been in use for many years to monitor production lines and power stations, through the use of sensors connected to devices that report back to a centrally managed console.

These sensors provide real-time data that is interpreted by the monitoring software, to display uptime, downtime, faults, etc.

Traditional processes that were reliant on human involvement and manual tasks have been streamlined and optimised through the use of technology that connects disparate systems and objects together.

For example, the maintenance of aircraft has traditionally been done using visual inspections of the various components of the planes while they are on the ground. Using sensor technology, data could be gathered on the plane’s condition in-flight.

Professor Paulo de Souza, science leader at the CSIRO, explained this technology to IoT Hub. “If you had an array of sensors in the wing of an aircraft each tuned to detect a different frequency, you would be able to measure vibrations on the wing during a flight.

“Then, if a different vibration occurs, it might indicate a problem, or that the wing requires maintenance, or the plane should be landed because of an emergency.”

Professor de Souza said this application could also be extended into civil engineering and city planning, to “determine traffic types by different vibrations caused by people and vehicles traversing across bridges”.

At a consumer level, companies like Samsung have incorporated internet and inter-connectivity to products not normally web-enabled. Their acquisition of SmartThings and subsequent development of a platform to make the 'smart home' a reality for more people is testament to their belief that the future is a connected one.

Such a platform, according to Samsung, could allow consumers to remotely monitor their home’s entry points, security cameras, and smoke alarms, using a mobile device.

However, SmartThings founder Alex Hawkinson pointed out at the recent IFA conference in Berlin that IoT’s progression should not be driven by the technology, “but by people’s expectations. Only then can it blend into our lives.”