Data mining pays off for actual mining as gold giant doubles down on digital transformation. 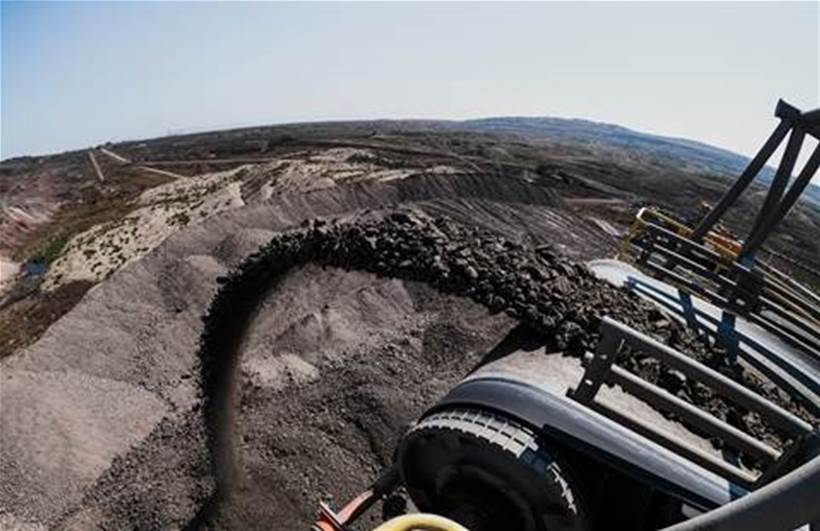 Photo by Albert Hyseni on Unsplash.

A cohort of Newcrest Mining engineers are pursuing postgraduate qualifications in data science after their interest was piqued by a transformative, data-driven process project that has dramatically boosted mine production and paid for itself in three months.

Leveraging a host of Internet of Things (IoT) sensors to reinforce unpredictable and often-damaged physical sensors, the project was undertaken to reduce expensive downtime at a key process in the gold mine in Cadia, NSW – one of the Australia’s largest gold mines, 25km from Orange – involved in the processing of mined ore.

As part of the processing of that ore, rocks are crushed and the pieces fall into large underground coarse ore bins (COBs), from which a conveyor belt automatically picks up a continuous supply of crushed ore to be carried to the next step of the process.

To run smoothly, the production circuit must deliver a continuous supply of crushed ore and prevent the COBs becoming too full, which clogs up the production line, or too empty – in which case the conveyor belts struggle to pick up the ore.

Physical ‘hard sensors’ in the bins monitor how full they are, but those sensors are often damaged by the heavy falling rocks – allowing the bins to become overfull and forcing the entire production line to be shut down until the bins can be manually emptied and the sensors replaced.

With two to three hard sensors failing each month in each COB, sensor failures caused more than 80 hours of production downtime during one recent six-month period – equating, said IT solutions lead for mining applications Nevena Andric, to “a significant dollar value in lost opportunity”.

Recognising the opportunity for a better solution, the process mining and IT teams began collaborating to identify an alternative approach – and found it in a big-data system that now forms the foundation of Newcrest’s Data Science Platform for Optimising Mining Processes.

Recognising that the existing hard sensors were a weak point in the mine’s entire production system, efforts to improve reliability focused on developing an alternative.

That alternative evolved on the back of OSIsoft’s PI System which serves as a central data depository that feeds information into Newcrest’s IoT Edge platform architecture, as well as Enterprise Data Lake for near-real time data science models whose outputs are used in control strategy.

PI System was implemented as part of Newcrest’s investment in digital transformation – which was based around the understanding that optimising its operations would depend on innovation in automation and process control; data science and analytics; and mobility solutions to help its staff work more productively.

“All three of these are essentially enabled only if you have clean and reliable data,” says Andric, who noted that the company relies on the PI System “as the central repository for most of the information that is critical to enabling these values”.

The COB optimisation project leveraged the company’s data architecture to create a ‘soft sensor’ – an operational application model that uses real-time sensor data to predict how full the COBs are.

Built on the PI System architecture and continually refined using machine learning, the soft sensor provided a way of monitoring COB volumes that wasn’t subject to being destroyed by the very rocks that were being processed.

It has proven to be highly accurate over time – so much so that Newcrest was able to review its operational tolerance and reduce the minimum required fill level from 70 per cent to just 30 per cent.

This, in turn, avoided overfilling by keeping ore levels well below the maximum – and allowed the mine’s production line to run far more reliably.

“We can now continuously operate the COB, run of mine and loaders, even in the event of a COB level sensor failure,” Cadia Mine general manager Peter Sharpe said.

“This helps ensure the conveyors are at full capacity and don’t stop operating unnecessarily, leading to increased production.”

Downtime in the rock-crushing circuit is down by 50 per cent as a result of the project, which directly boosted throughput by 650,000 tonnes during the system’s first six months of operation – setting a new mine record and helping the system pay for itself in just three months.

Better operational data has dovetailed with efforts to better monitor machine wear and tear, allowing Newcrest to predict when maintenance will be necessary and proactively schedule it for minimal disruption – before equipment has broken down.

The machine-learning model continually monitors its outputs and alerts support technicians via the PI System when its confidence in its readings becomes too low – at which point it resets and recalibrates the model to maximise its predictive accuracy.

Yet even as the dust settles on the initial implementation, the success of the COB project has triggered even more beneficial change as Newcrest continues to progress its digital transformation and the significant improvements it has enabled.

Reflecting an increased level of trust between the mining operations and IT teams, the demonstrated potential of data-driven decisions has been so transformative that several mining engineers have enrolled in Master of Data Science degrees to further develop their skills.

Similarly, a number of IT specialists have moved to formally expand their operational knowledge, undertaking training on the process control loops that lie at the heart of mining processing operations.

With a growing base of cross-disciplinary skills, Newcrest is well positioned to expand its data-driven architecture to its mines in Canada and Papua New Guinea – further improving its productivity as its digs deeper into the benefits of its data-driven digital transformation.

Ready to start a conversation or have any questions for OSIsoft, click here.