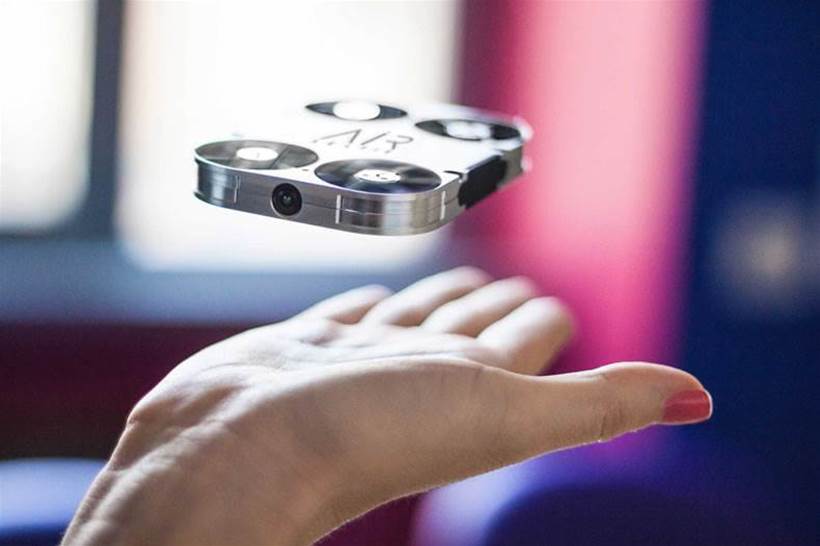 AirSelfie: a drone for taking selfies.

ASX listed drone manufacturer the IoT Group (ASX: IOT) has signed an agreement with US company Spring, described as one of the largest consumer electronics retail accelerators in the US, to manage the market development of its ROVA selfie drone and AirSelfie products.

ROVA is a 20cm square drone equipped with an HD camera and controlled from a smartphone app. It has a range of 30 metres and retails for $350. IOT Group said ROVA is already being distributed by one the largest US telcos and by “numerous online and big box retailers.”

AirSelfie is an even smaller drone weighing 61gms that fits into a cover designed to hold a smartphone from which the AirSelfie charges. It has a 5 megapixel camera, is controlled from a smartphone app and is designed for quickly and easily taking selfies when an arm’s length or a selfie stick won’t put enough distance between the phone and the subjects. It sells for about $300.

As a result of the agreement with Spring, IOT Group says it will close its US support office in California, reducing costs. lOT Group executive director Sean Neylon said the engagement with Spring covered all aspects of the company’s US operations “The lOT board's near term objective is focused on increasing sales revenue and profit and reducing overall costs.”

Drones for IoT tipped to take-off

The third annual state of the IoT market report issued this week by US telco Verizon is tipping a big role for mainstream drones in the IoT world, saying industry experts expect drone technology to be adopted as ubiquitously as the internet.

It quotes a report from BI Intelligence forecasting the global drone sales will reach $US12 billion in 2021, up from $US8.5 billion in 2016. “Across the energy and construction industries, companies are deploying drones instead of dispatching workers to perform inspections,  maintenance and other high-cost tasks,” the report says.

“Even the insurance industry has taken to the skies in a big way, with 70 percent of Fortune 500 property and casualty insurance companies tapping network-connected drones to perform inspections and other claims-related work.”