Wearable “taps into the anticipatory predictive capabilities of the subconscious”. 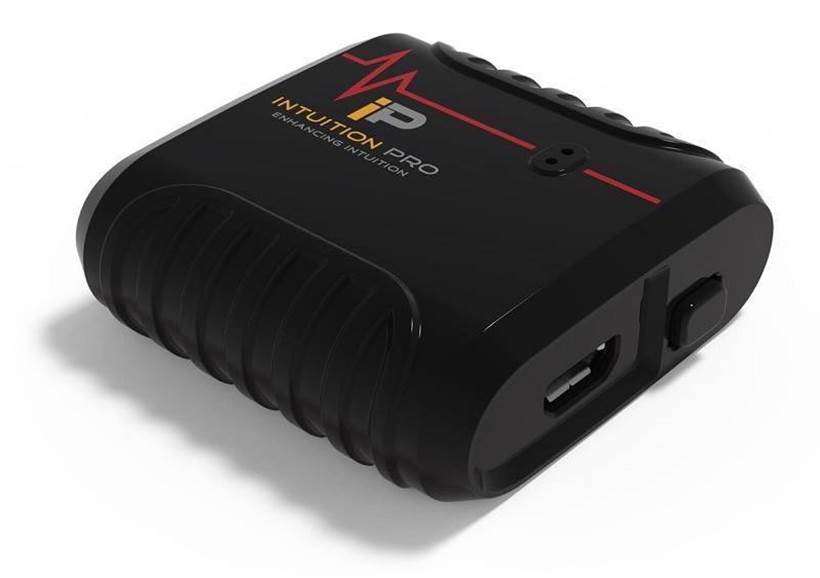 There are many new and wonderful devices in the world of IoT, and this one is one of the more intriguing examples. An Aussie invention called the ‘Intuition Pro’ is described as “the Fitbit of intuition.”

It’s being hailed as “the first-ever patented neuroscience innovation [that] taps into the anticipatory predictive capabilities of the subconscious, and empowers users to enhance their intuition.”

Wow! What does all that mean? Most people trust their intuition: making a decision on the basis of ‘gut feeling’ rather an on a rational basis. The promo material for the Intuition Pro claims, more specifically, that “scientists have proven that our unconscious is capable of predicting future events (even seemingly unpredictable random future events) a few seconds ahead of time.”

It cites various sources to support the reality of PAA, and certainly there are a number of scientific papers that claim to have demonstrated PAA. Our Google search on the term produced just over 1000 hits, a fairly modest number.

However, most of these relate to research undertaken by just two people: J Mossbridge and PE Tressoldi, separately and together. A 2014 scientific paper co-authored by these two and four others concluded: “PAA, the predictive physiological anticipation of a truly randomly selected and thus unpredictable future event, has been under investigation for more than three decades, and a recent conservative meta-analysis suggests that the phenomenon is real. Neither QRP, [questionable research practices] expectation bias, nor physiological artefacts seem to be able to explain PAA.”

This is where the Intuition Pro device comes in. It measures “Galvanic Skin Response” which is just a fancy term of the electrical conductivity of the skin. According to MIT, “[GSR] is the phenomenon that the skin momentarily becomes a better conductor of electricity when either external or internal stimuli occur that are physiologically arousing.”

MIT Labs was exploiting GSR back in 2001 when it developed the Galvactivator, a glove-like wearable device that sensed the wearer's skin conductance and mapped its values to a bright LED display.

According to the Galvactivator’s web site, “increases in skin conductance across the palm tend to be good indicators of physiological arousal — causing the Galvactivator display to glow brightly.”

The Galvactivator, MIT said; ”has many potentially useful purposes, ranging from self-feedback for stress management, to facilitation of conversation between two people, to new ways of visualising mass excitement levels in performance situations.”

So skin connectivity is a useful indication of the body’s emotional state. The Intuition Pro exploits this through the use of a device that takes data from the wearable and accompanying smartphone app that takes the GSR readings from the wearable device and gives the wearer feedback on their GSR, because, “Researchers theorise that becoming more aware of one's subconscious activity leads to enhanced predictive capabilities ...[to support] your decision-making processes.”

The claim is that: “A real-time measure of your subconscious body reaction levels will become an essential decision-making tool to support you in a rapid trading or highly competitive business environment.”

Intuition Pro also claims, “Training will improve your intuition scores (a measure of your ability to predict future events). And to this end the smartphone app offers a series of games in which the player is required to predict the outcome, each time being presented with the changes in skin conductance that result from their actions.”

The Intuition Pro device is presently on sale for $98 and uses bands around the fingers to measure skin conductance. A Fitbit like device will be available in early 2018 for $150. Contemplating buying one? Perhaps you should trust your intuition.