The finalists in the ANZSTAs ‘Wearables & Smart Devices’ category. 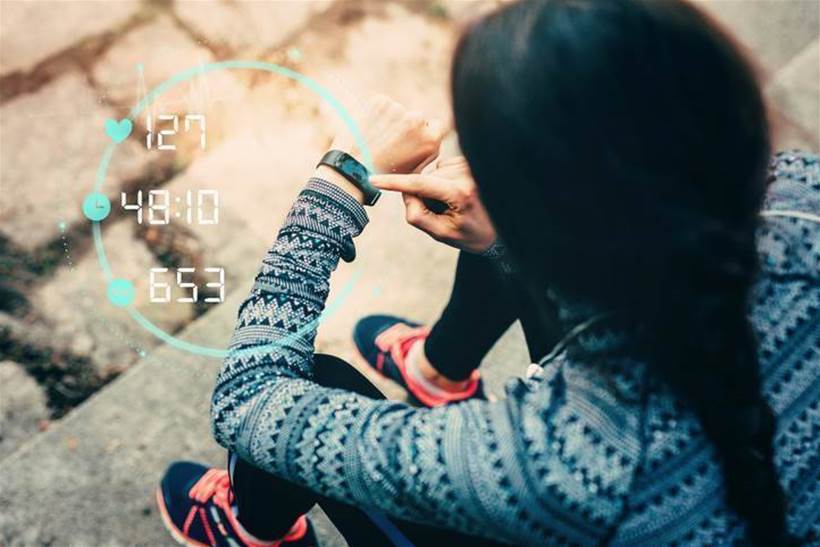 Wearables and smart fabrics have come in leaps and bounds since the idea was conceived, with the technology being used to solve a range of real-world medical issues.

These include reducing the risk of abrasions in high-speed cycling crashes, helping people improve their technique and even conducting sideline concussion tests.

Five finalists have been named in the ‘Wearables & Smart Devices’ category of the upcoming Australia & New Zealand Sports Technology Awards (ANZSTA), which are supported by the Telstra-Cisco alliance, nextmedia and Vumero Sports.

The impetus for the project was an amateur cyclist’s high-speed crash.

The cyclist’s deep graze injuries took three months to heal and cost them $30,000 in medical and hospital bills and lost earnings.

The new fabrics make cyclists about 100 times more resistant to abrasions in the event of a crash.

Manufacturers have licensed the technology from RMIT and it has been incorporated into cycling clothing currently being sold.

It measures the muscle activity of different muscle groups using pressure sensors that are seamlessly integrated into the garment.

The technology has been benchmarked against traditional ways of measuring muscle activity and assessing fatigue.

There is currently no single device available that can measure muscle activity levels without complicated and expensive lab equipment. The smart compression garment fills this gap.

Several cyclists and other sports people participated in a validation study of the technology. Commercialisation options are now being explored.

It is difficult to maintain fitness in a wheelchair, which is further compounded by the time it takes to master the skills required to drive a wheelchair.

The Brio fitness app and device draws upon the able body experience of motivation from fitness apps, reliably measuring the motivating fitness indicators of wheelchair and handcycle users.

The user is able to set goals suited to ability, measure skills development and track fitness and health.

The app and device is undergoing prototype field testing in sports institutes, rehabilitation and spinal units.

The company is already fielding domestic and international interest in a commercial version of the technology.

Motion is a world-first performance apparel range with visual markers to highlight how an athlete moves.

It incorporates biometric markers and lines to monitor and assess movement and technique in real time.

An app can also be used for simple capture, playback, side-by-side comparison and video analysis.

It is intended to be a powerful training and coaching tool that can be used in every session to perfect your technique.

It is targeted at athletes, coaches and sports medicine professionals. It is being adopted and used by a range of national sports teams, institutes and clubs.

Nurochek is a portable headset device that is intended to be the first to objectively assess concussion and take the uncertainty out of concussion diagnosis.

It can perform a test in minutes on the sideline of a game.

Currently there is no simple, portable electrophysiological measure of concussion.

Nurocheck incorporates clinically-validated, patented technology that can measure the brain’s electrical activity and automatically send results to a mobile device within two minutes.

The device is now ready for clinical trials in Australia, the US, UK and New Zealand.