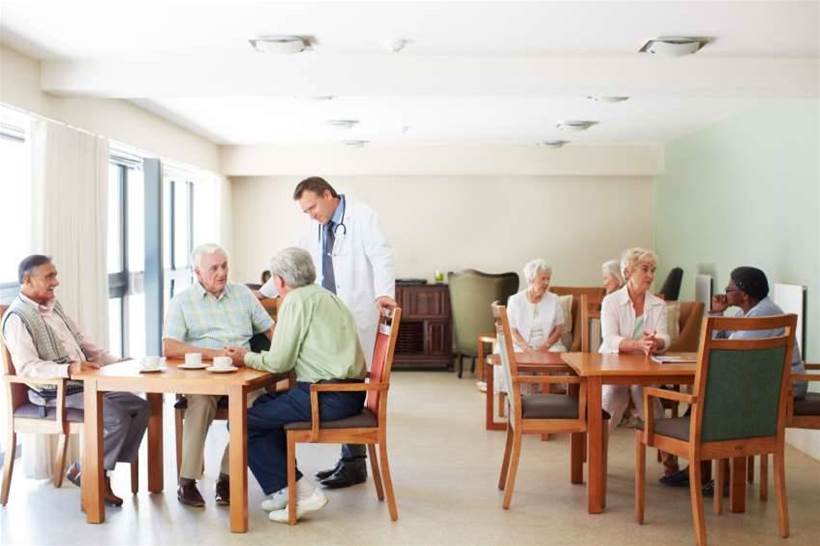 As Australia’s population ages, the burden on aged care facilities will only increase, with greater numbers admitted in coming years.

For staff that run these facilities, their role is often complex, requiring close attention to the needs of residents of varying health.

Zebra Technologies hopes it can help ease the burden on facilities.

For Zebra’s senior technical director of the APAC region Wayne Harper, the desire to help is borne from his own personal experience.

“My mother passed away from Alzheimer’s a few years ago, and I saw what happened to her as she progressed through the illness,” he told IoT Hub.

The observations that Harper made within the health care facility at the time helped steer the direction that Zebra has taken locally in the space.

Zebra is currently working with a number of aged care providers, particularly dementia wards, by sewing sensors and RFID technology into the gowns of their patients.

“What [Zebra has] done is put reader technology that interfaces with a facility’s standard door security control systems, which creates a zone around the doors,” Harper explained.

“If a visitor or staff member comes in that is healthy and able, they can punch a code into a door and unlock it.

“But if the sensing technology detects a patient – who is not allowed to leave the facility – is within that zone, the system won’t allow the patient to open the door and will produce a display on a screen to clear the area.”

During his observations, Harper saw that dementia facilities typically have notes posted on their doors to remind people not to allow patients to follow them out and to close the door behind them.

However, he saw that visitors, especially children, would often just use the door and leave it open behind them, thereby creating a security risk.

Harper said the benefits of using smart gowns in aged care and dementia facilities is twofold.

“Firstly, you know where a patient is at any time in the facility or nursing home. You may not know that they’re sitting down in front of the television, but Zebra’s system provides accuracy down to a four metre by five metre space, which makes it very useful when you’re performing a roll call, or assessing if there are any patient security issues,” he explained.

“The second benefit is the comfort of knowing if a patient does get to a door, the system can be configured such that they can’t exit.

“Or, if someone has exited, you can then initiate a lockdown of the other patients and track down the escapee.”

Harper added that while none of these concepts is particularly new, the advantages come from the integration of IoT technologies with traditional security and patient welfare measures.

Harper also revealed that one facility is working with Zebra to use smartbands worn by its elderly patients to understand how mobility decreases as the patients’ health deteriorates with age.

He said the facility hopes to combine a variety of health data and metrics to track the factors that reduce a patient’s mobility over time.

For example, data collected from smartbands on the patient’s blood pressure, brain activity, and blood oxygen levels could be combined with mobility data obtained throughout their admission period.