As part of visit to Australia. 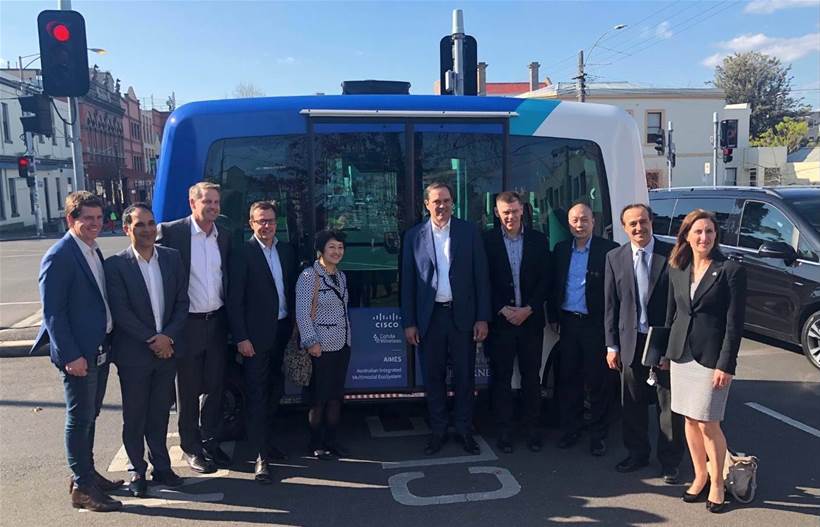 Cisco CEO Chuck Robbins has used a visit to Australia to take a closer look at the Australian Integrated Multimodal EcoSystem (AIMES) trials occurring in Victoria.

Robbins said in a tweet on Monday that Cisco was “honoured to work” on the trials with a range of partners including Cohda Wireless, the University of Melbourne, VicRoads, and ITS Australia.

AIMES completed a “world-first transport technology trial” in Carlton in July this year, where sensors were embedded into an intersection and put to work in “real-life use cases including speed management, intersection collision avoidance and vulnerable road user protection.”

“This technology enables an intersection to build a real-time picture of the environment and respond faster to impending high risk events on the roads,” Young said.

Robbins was pictured with the University of Melbourne’s EasyMile autonomous bus, which is being offered to AIMES in addition to its campus-based use.