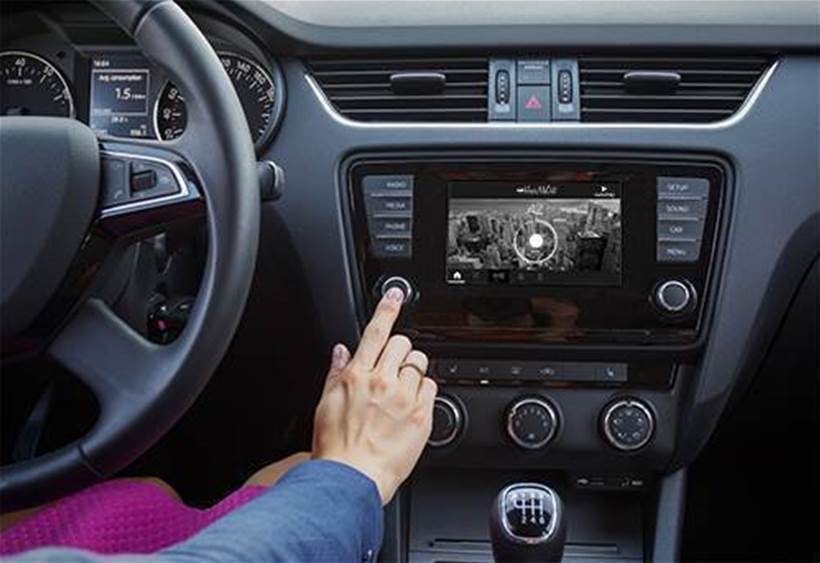 Would you like to listen to what amount to verbal tweets while you are driving: short 42 second messages from friends, musicians, news reporters, thought leaders, comedians and others?

Well, technology from ASX-listed Israeli company HearMeOut will interest you. The company has developed a platform and smartphone apps to do just that, and has now made its service accessible while driving.

HearMeOut says its platform “enables users to share and listen to 42‐second audio posts through the platform’s native feeder on other social networks, such as Twitter or Facebook,” and that through its app, “people can express their authentic voice and put their unique signature on social media interactions.”

The company has now announced it has developed a working prototype of a device, which it calls Hoop, that will enable drivers to have full access to all the features of the HearMeOut platform direct from the steering wheel of their car, without linking to any other platform.

It says Hoop is compatible with any car steering wheel, and will let drivers safely use the HearMeOut platform with both hands on the wheel. It is being developed in conjunction with DSP Group, a global provider of wireless chipsets for converged communications.

HearMeOut describes Hoop as a natural extension of its existing connected car strategy. It has a distribution agreement with Ford for the implementation of its technology with Ford’s Applink Sync platform in the US, UK and Ireland.

The company has joined Spotify and Waze in a program overseen by the SmartDeviceLink consortium that includes a number of car manufacturers and brands including Toyota, Lexus, Lincoln, Mazda, Subaru, Suzuki, Peugeot, Citroen and Daihatsu.

While having short messages being whispered into their ear while they drive might not excite many drivers. HearMeOut CTO and co- founder, Lior Menashe, claims the development of Hoop to be “globally significant,” because “for the first time ever a user can seamlessly engage with the HearMeOut platform regardless of the technology in the car.”

Hoop’s development, he says,  “positions HearMeOut as a global leader in the ‘connected car’ space.”

HearMeOut has a market valuation of $11.8 million and in Q3 2017 was rated sixth in the social platform category on Apple’s US App Store, below Facebook and WhatsApp.

The company claims its popularity is being driven by the increasing use of voice for interaction with online systems. It cites figures estimating that 20 percent of mobile queries are now voice searches, and says this number is expected to reach 40 percent by 2018. Also, the company says 40 percent of millennials use voice activated intelligent assistants.

On some estimates, quoted by Microsoft at a presentation in Sydney, within a few years people will spend more time talking to machines than talking to their spouse.

Against this background HearMeOut says it has a vision to become the leading social network. The means to achieve this, it says, will be to establish sustainable growth by expanding its assets in three main areas: automotive, entertainment and technology.

In the field of entertainment the company plans to work with media companies, broadcasters and celebrities to gain content and reach. It also plans to recruit influencers from various categories.

On the technology front the company says its application programming interface (API) is in constant development to fit various wearable devices and voice assistance hardware.

It has also foreshadowed Hoop 2 “an upgraded device that features an entire closed ecosystem based on HearMeOut’s services and platform.”

The company is also doing OEM development for car companies to enables one-to-one, one-to-group and one-to-many communication via third parties and social networks.