Telstra and Sydney startup team up to stream live ads and info to cabs. 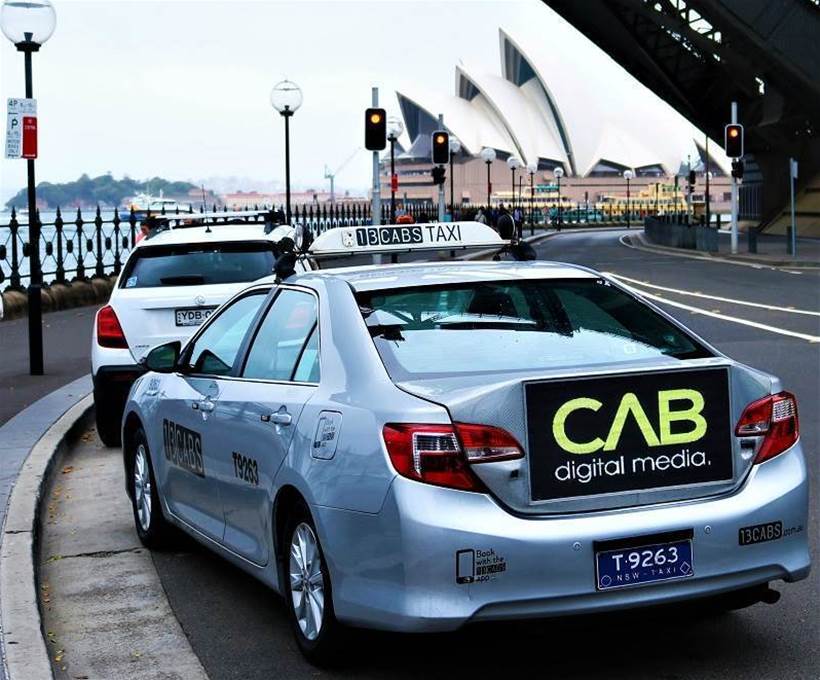 Telstra and Sydney startup Cab Digital Media have joined forces to turn those billboards on the backend of taxis into digital displays that can carry advertising and safety and weather information, distributed over Telstra’s mobile network and localised using GPS data from the cab.

The company is working with media agencies OMD and Spark Foundry to tailor ad campaigns for TaxiLive.

“Inside each TaxiLive is essentially an advanced computer with in-built GPS that is connected via Telstra’s mobile network. At headquarters, Cab Digital Media uses an IoT platform to remotely manage the screens,” he said.

Blanken described TaxiLive as “a great example of how technology and IoT will continue to connect and digitise new things all around us, creating smarter cities and communities.”

He said Cab Digital Media’s longer-term ambition was to partner with roadside authorities to share the GPS data generated from each TaxiLive unit to contribute to future transport, infrastructure and congestion reduction initiatives.

Najeeb Aftab, co-founder and head of sales and partnerships at Cab Digital Media, said the system had been developed to display safety messaging such as accident alerts, traffic updates and weather warnings.

“But we found the applications for the media and advertising industry, where you can specifically target consumers based on location or time of day, are also very advantageous,” he said.

“With the right data, we may be able to look at things like which taxi ranks are over-populated and under-serviced to ensure better taxi availability, particularly in areas such as hospitals and locations with a higher proportion of elderly and disabled people.”

It also plans to pay owners for installing a TaxiLive and incentives for drivers based on performance indicators such as cleanliness, good reviews and time on the road.

Viewing ads could be akin to watching TV while driving. Fortunately, the images will be static and will change only when the vehicle is not in motion and in parked mode, Cab Digital Media says.