Airscope moves beyond inspections and into modelling. 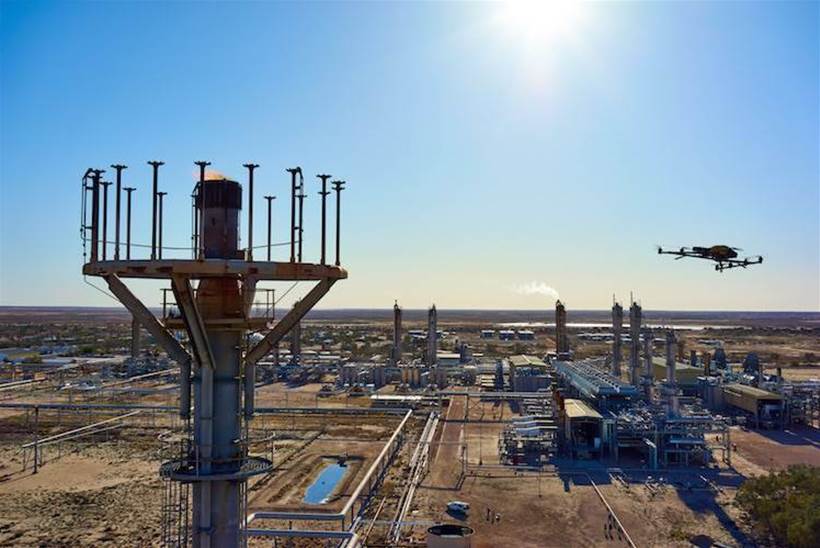 An Intel Falcon 8+ drone is used to fly pre-programmed flight plans and capture several hundred aerial images on each flight. These images are then collated and stitched together to form a holistic 3D model.

Airscope says the image capture is sufficiently accurate to enable it to incorporate laser scanning data into the collated images to make the model accurate enough for use in detailed engineering design of major infrastructure projects.

Airscope director Chris Leslie said the company had evolved from using drones simply to visually inspect assets because simple imagery did not realise the full potential of images captured.

“Now we create a virtual canvas of the entire site using airborne photogrammetry, ground photogrammetry and laser scanning,” he said.

“Once the virtual canvas is created, you can paint any operational or planning data on it, to serve as a human medium to access and interact with big data.”

He said the technology had the potential to generate significant savings and to become essential for companies to remain competitive.

“Early indications by clients currently implementing asset digitisation into their operations suggest day-to-day cost reductions of between 3.6 to 10 percent dependent on industry, and capital works projects being reduced by more than 20 percent.

“We are entering a period where decisions are being determined by the data at hand and companies that haven’t started their transformation towards digitisation will be left behind.”

At the Moomba facility Santos enlisted Airscope to provide large-scale virtual models and inspection services of critical assets that, according to Airscope, were challenging to monitor using traditional methods. Airscope worked with Intel and its Australian distributor Position Partners to deliver 3D models of the facility

“When Intel’s distributor Position Partners showed us the Intel Falcon 8+ drone, we found it to be the only aircraft which met our expectations, for its reliability, stability and true 3D modelling capabilities,” he said.

Another drone survey company, California-based Kespry, was on show in Australia recently at the World of Solutions expo at Cisco’s annual CiscoLive event in Melbourne.

Cisco’s venture capital arm is an investor in Kespry. In a recent blog post, Amit Chaturvedy, director, business management in Cisco Corporate Development, said: “Kespry stands out because of its end-to-end solution consisting of its own drone, flight planning and mapping software and analytics tools … its solution generates business insights, not just raw data, and the output is fully integrated from data collection in the field to accurate measurements, image classification, report generation and business decisions.”

He gave an example of Kespry’s use in mining.

“In Kespry’s mining application, a perimeter is drawn around a mineral stockpile on an iPad screen. Click Go and the camera-mounted drone surveys the pile. The data is transmitted to the Kespry Cloud, where it is converted into 3D models using photogrammetry and AI. The Kespry analytics software instantly calculates the volume, cut, fill, tonnage, and other relevant operational metrics, becoming the single source of truth for site planning and inventory management.”