Edge computing will be key to IoT, say experts

But open standards and interoperability are vital to make it work. 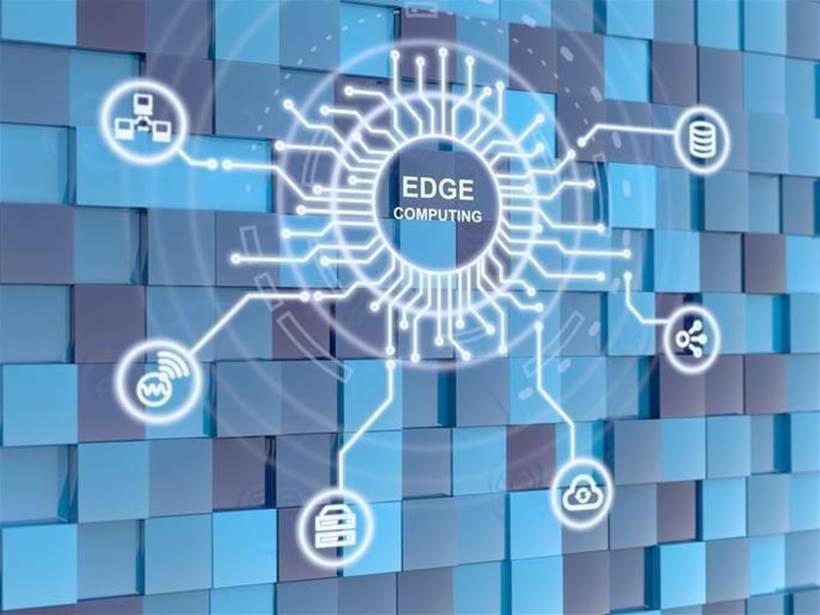 IDC, in its November 2017 Futurescape Worldwide IoT predictions 2018, said: “By 2020, IT spend on edge infrastructure will reach up to 18 percent of the total spend on IoT Infrastructure, driven by deployments of converged IT/OT systems that reduce the time to value of data collected from their connected devices.”

At around the same time, Gartner principal research analyst Santhosh Rao was explaining the importance of edge computing in the IoT world.

“Organisations that have embarked on a digital business journey have realised that a more decentralised approach is required to address digital business infrastructure requirements,” he said.

“As the volume and velocity of data increases, so too does the inefficiency of streaming all this information to a cloud or data centre for processing.

“In these situations, there are benefits to decentralising computing power, to placing it closer to the point where data is generated — in other words, to pursuing edge computing. Rapid deployment of IoT projects for a variety of business, consumer and government use cases is driving this development.”

“Currently, around 10 percent of enterprise-generated data is created and processed outside a traditional centralised data centre or cloud,” Rao said. “By 2022, Gartner predicts this figure will reach 50 percent.”

So, it’s clear that any organisation considering an IoT initiative should consider the role of edge computing in their implementation.

One thing that could stand in the way of this rapid growth in edge computing, and hence IoT, would be a lack of standards: the last thing needed is a proliferation of proprietary solutions for edge computing in the IoT world. Fortunately, there are at least two significant initiatives that aim to address this: one initiated by Dell and one by Cisco.

EdgeX Foundry is a vendor-neutral open source project hosted by The Linux Foundation that aims to build a common open framework for IoT edge computing. Its original code base was donated by Dell to the Linux Foundation in May 2017.

Danny Elmarji, director of system engineering at Dell EMC Australia and New Zealand, said: “The code donation was developed by Dell over nearly two years, with feedback from hundreds of technology partners and end customers. Our role in this project is aligned to our ways of thinking around creating a world of openness and choice to allow the industry as a whole to drive standards to the world of IoT.”

At its heart, EdgeX Foundry is an interoperability framework hosted within a hardware- and OS-agnostic reference software platform. This is designed to enable an ecosystem of plug-and-play components that can be used across the industry, encouraging a standard approach to IoT solutions. By steering away from a collection of proprietary solutions, this initiative will unify the marketplace and help accelerate IoT deployment, saving organisations the trouble of developing custom software to manage a variety of edge devices.

“The charter of this vendor-neutral open source project is to deliver a flexible, industrial-grade edge software platform that can quickly and securely deliver interoperability between things, applications and services across a wide range of IoT use cases,” added Elmarji.

New technologies are being launched to support edge computing, such as the recently announced Virtual Edge Platform from Dell EMC, which connects the edge of the enterprise network to the cloud. VEP is designed to accelerate the use of telecommunication services at the edge, which will help enable progress when it comes to efficient application delivery.

Dell EMC and VMware are also collaborating actively at the edge with the combination of Dell EMC edge gateway devices combined with VMware’s IoT Pulse Platform. VMware’s IoT Pulse platform leverages an SDK called Liota (Little IOT Agent), which is supported by Dell EMC’s gateway devices. These gateways are used to stream and analyse data at the edge and, while being centrally managed and secured via the Pulse platform, are both part of the EdgeX Foundry ecosystem.

Cisco’s contribution to edge computing goes by the name ‘fog computing’. It had its origins in an academic paper from 2012.

The Open Fog Consortium launched in November 2015 with Cisco, Dell, ARM, Intel, Microsoft and the Princeton University Edge Laboratory. It now boasts 65 members. Similar to EdgeX Foundry, it aims to foster an open, interoperable architecture – this time for fog computing.

In case you’re wondering about the differences between fog computing and edge computing, they’re fundamental.

Fog computing is defined by Open Fog Consortium as a system-level horizontal architecture that distributes resources and services of computing, storage, control and networking anywhere along the continuum from Cloud to Things.

“IoT is a decentralised architecture, but the advantage of fog computing really comes from being able to interconnect data and insight that is being served from the edge to the cloud,” said Elmarji.

“Interconnecting billions of sensors and devices and gathering insight from them is no simple feat, but with the help of the much-needed industry consortiums we are able to help shape future use of IoT by influencing standards, building test beds with fellow industry peers, and helping promote the overall education and use of fog computing.”

Meanwhile, edge computing is when data is processed on a device at the edge of the network, close to the source of the data.

Edge computing is a subset of fog computing and may be done in isolation and provide effective real-time value back to the user or thing. But if limited to one use case, Elmarji claims, it may lower its overall value back to consumers.

“Next generation buildings, which are designed to carefully optimise energy consumption, are a great example of this,” says Elmarji. “If you took a simple use case of gathering data from temperature sensors in the building and providing an automated response based on guided rules, that would be very easy to implement.

“However, building installations are complex and may span several acres of land. This requires a wide variety of sensors that are able to track many elements, such as ambient conditions and traffic flow, as well as the physical assets that consume energy such as HVACs, fans, lights, and elevators.

“Driving actionable insights from all of these data sources requires a deep learning platform that can cross-correlate these systems and assets across several deployment sites. This can only be done efficiently in a centralised cloud where you have the compute power, the right data and appropriate staff to extract and deliver meaningful value.”

The fourth industrial revolution is in full swing. Elmarji said fog and edge computing are the enablers for the billions of devices connected today, and are interlinked: “like peanut butter and jam.”

“Like anything, don’t let the technology dictate the use case. Instead, start with the problem or initiative you would like to explore – the complexity will lay in the use case,” said Elmarji.

“At Dell EMC, we have a proven track record of enabling IoT initiatives via our extensive OEM partnerships as well as via our IoT Vision Workshop, which helps to guide customers as they begin this journey.”