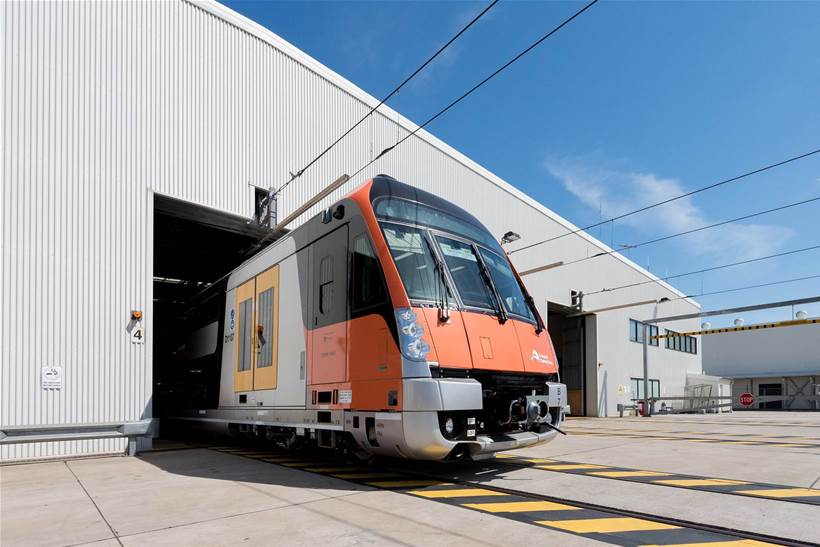 Every ten minutes, tens of thousands of signals are collected from IoT sensors onboard each of Sydney’s Waratah trains unbeknownst to passengers.

The data, which emanates from different components on some of Australia's most advanced rolling stock, allows Sydney Trains to offer passengers real-time information about their journey.

This includes a snapshot of how full a particular carriage is through travels apps like TripView, NextThere or Transport for NSW’s own Opal travel app.

But it also flows to Downer EDI Limited, which has now started using the data to transform how it maintains the fleet of trains on behalf of the NSW government using a Microsoft Azure-based platform, dubbed TrainDNA.

The platform, which went live this month after more than 18 months of work with Microsoft, ingests data from the more than 300 in-built sensors on each Waratah set every ten minutes.

It uses data analytics and visualisations tools such as Power BI to help Downer’s engineers make sense of this massive snapshot of data, which adds up to around 30,000 signals.

In doing so, it allow engineers and fleet support officers – who work in the Sydney Trains operations centre – to understand train maintenance in an entirely new way.

For Downer’s general manager of digital technology and innovation Mike Ayling these data-driven insights mean the possibility of replacing – or at the very least – augmenting manual inspections without reducing train reliability or endangering passenger safety.

It also represents a watershed moment for the company, with insight from the project being shared with the Downer team working on the Melbourne’s High Capacity Metro Trains project.

“Can we replace a manual inspection with a data drive inspection?” Ayling probed during a tour of Downer’s Auburn Maintenance Centre on Friday.

Take a peak inside the depot where Downer keeps Sydney's “trains with brains” on track.

He used the example of checking a train’s pantograph – the diamond-shaped, electric-rod that connects with the overhead wire to provide power to a train – which can be dangerous for a worker.

This early diagnosis would help Downer anticipate maintenance requirements before parts fail, while helping to ensure the inventory warehouse is well stocked at all times.

“[Currently] when a train comes in here and we look at it, we might have to replace things that we didn’t know we had to replace before so we’ve got to have a whole lot of inventory in our stores,” Ayling said.

“Whereas if we know a week before it’s going to come in we can already have that part ready to go so that as soon as a train comes in it’s almost put on already.”

Microsoft Australia’s national technology officer Lee Hickin said while much of this data has existed since the Waratah trains entered service around five years ago, it took Azure’s machine learning to unleash it.

“[Downer’s] got all the information and so for us it’s been about working in collaboration with them to bridge that gap between all that data and applied intelligence – the AI,” he said.

“But what you’re kind of losing behind the scenes is the depth of complexity around some of the AI models that these guys have built through Python and R and other tools that we’ve been working with them to create these models.”

The platform’s front end, which is hosted through Azure’s Service Fabric, is an Angular Web App built on top of ASP.NET core services, with data is capture and hosted in an Azure Data Lake Store and Azure SQL database.

“When it’s in the data lake that’s when you can start to pull tools like Azure machine learning very quickly, very easily to just kind of iterate and test on the data,” Hickin said.

The platform uses a traffic light system to flag issues with particular train sets, as well as offering engineers the opportunity to drill down on particularly trains for a specific time period or compare and contract with other trains over a longer period of time.

This lets engineers explore data types like temperatures, outliers in voltages or currents and the opening and closing times of doors.

“We’ve been data rich, but information poor. And now we’ve started to turn that data into significant insights so that we can start to identify these problems before they come,” Ayling said.

“The ability to investigate issues and fix things is amazing compared to what we had before.”

However Ayling wants to get the platform to a point where is pulling different data at different points in time depending on how useful it is for maintenance.

“At the moment we’re getting everything every ten minutes, but we’re going to change that profile to say that we want these more frequently,” he said.

Train DNA could also help Downer get more out of the Auburn Maintenance Centre and keep cost under control as more Waratah Trains as more are introduced on the public transport network.

The government as recently as February announced its plans to order an additional 17 Waratah Series 2 trains.

“This depo was built for 78 trains. Soon its going to have 130 plus [the government] bought another 17 Waratah trains,” he said.

“How do we really try and get to that Ferrari pit stop mentality of our maintenance, so that instead of taking three shifts [to do the work], we can do it in two shifts.

“They’re trains with brains, but ultimately can we make them self-diagnosing.