Geoscape to give new insights into built environments 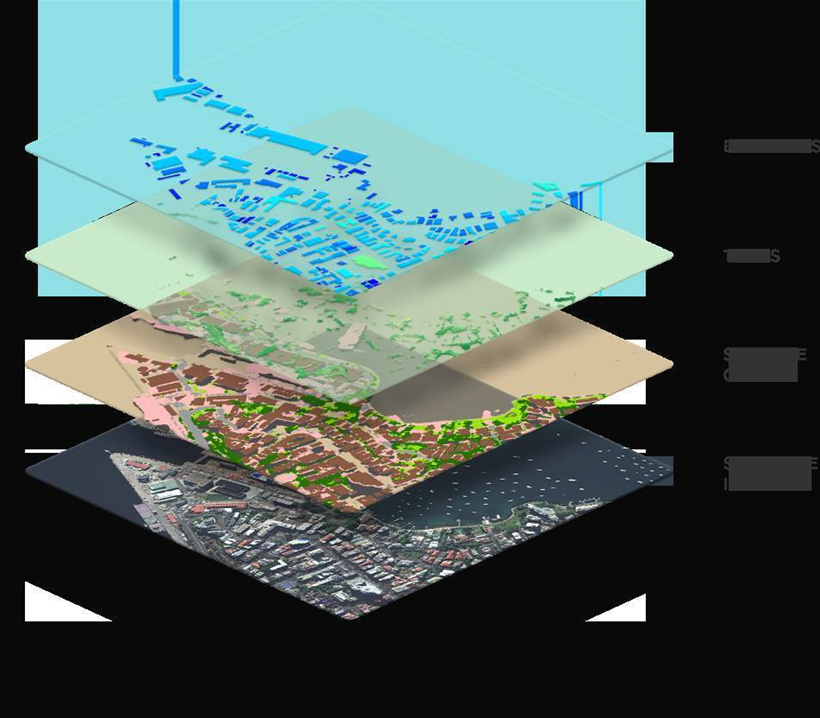 Announced during the International Symposium on Digital Earth and Locate17 Conference in Sydney this week, the launch of Geoscape includes the release of detailed information about the greater Sydney region within the dataset for the first time, to complement the existing South Australia and Australian Capital Territory data already available.

Geoscape partnered with DigitalGlobe, a leading provider of high-resolution satellite imagery to provide the basis of the dataset.

IoT Hub sat down with PSMA Australia’s CEO Dan Paull and DigitalGlobe founder, CTO and EVP Dr Walter Scott to talk about the genesis of Geoscape and their plans for the dataset.

For Paull, Geoscape represents the next step in evolution in terms of location data accuracy, which has been an ongoing process since the company’s inception 15 years ago.

“We have been spending a lot of time gradually improving the quality of all the datasets we have,” he explained.

“We didn’t feel that the built environment was well-captured by the information that currently exists in Australia, so the idea behind Geoscape was to fill that gap in the market.”

PSMA Australia then set about looking for a use case to justify the investment in such a project, and found one in the insurance industry.

“They were keen to better understand risks around buildings and how to better manage that risk,” Paull explained.

“We then asked ‘In a perfect world, what would the dataset look like that would enable the insurance industry to be more effective in managing risk?’, which allowed us to create a strong specification.

“However, we didn’t have any clue as to whether or not we could deliver it, so we went to market to look for someone with the technological capability to assist us in putting it together, and that’s when we had a wonderful conversation with DigitalGlobe.”

DigitalGlobe brought high-quality satellite imagery of the Australian continent and a number of other innovations to the table according to Scott.

“The satellite imagery we provided was high-resolution and high-accuracy, but we knew we couldn’t just stop there, because you’d still end up with people having to pore over the imagery and manually extract the useful information,” he said.

“There were a couple of other technologies we brought to bear, one of which was machine learning and deep neural networks, which are technologies that have proven to be very successful at converting pictures into information.

“However, neural networks need to be trained and the results verified, so the other thing we brought to the table was our own crowdsourcing platform that was used to both develop the training sets for the machine learning and also to QA the results.”

One of the more innovative pieces of technology used to create the Geoscape dataset was the use of satellite-mounted sensors that can determine the composition of the ground objects it sees, from concrete roofs to grass and foliage.

Such a venture has never been attempted in Australia before, and the complexity in creating the solution at a country-wide level was in the scale of Australia as a country and accurately mapping all of the built environments within the continent.

Paull said that while there are some solutions out there that can accurately map built environments, there was none that could provide that capability to cover all eight million square kilometres of Australian landmass, which is where DigitalGlobe were engaged.

How can Geoscape be used?

The rich geospatial data contained within Geoscape could provide opportunities across a wide variety of industries and applications.

“There is a long list of questions you can ‘ask’ of the data, such as questions around finding, counting and measuring,” Scott explained.

“These questions couldn’t have been answered previously because it was impractical to send people around with clipboards trying to take measurements or to pick up the phone and hope that someone at the other end can tell you the answer.”

Information like a tree’s interaction with a building could also prove valuable to a group such as the insurance industry, according to Paull.

“You can imagine an insurance company having access to this information and being able to look at the proximity of a tree to a building, understand the height of the tree and the prevailing weather conditions, and have a flag come up that the customer should probably look at removing that tree and address the risk before it causes any damage,” Paull added.

“Knowing sufficient information about all the trees around the country that are interacting with buildings so you can better manage the risk flips the insurance industry on its head by allowing them to work with customers to help proactively manage the risk, instead of waiting for the risk to materialise.

“The whole insurance industry is really interested in better understanding risk and how to interact with this information.”

One company is already using Geoscape as the basis for their own location-based dataset offerings.

Pitney Bowes Australia has created GeoVision, which uses an enhanced version of Geoscape which combines the information on the 3D built environment provided by Geoscape with information such as addresses, postcodes and ABS Census data.

In a statement, Pitney Bowes Australia managing director of software solutions Nigel Lester said: “Having access to nation-wide data about the built environment is revolutionary. It hasn’t been available before and is quite a game changer.”

“It’s an exciting set of data. As you start to combine GeoVision with other spatial datasets and business data, the applications and use cases really go across all industries.

The use of the Geoscape dataset extends beyond location data use cases.

For example, disaster management and emergency response teams could use the information to review building heights to understand how different properties would be affected by flooding, or to analyse tree density to determine which properties could be most affected by bushfires.

Telecommunication companies can benefit from this dataset as well, by understanding how built and natural obstacles could impact coverage patterns of current and future mobile networks.

PSMA Australia and DigitalGlobe hope to have the entire Australian continent mapped by early 2018, with the major metropolitan centres completed by the end of the year.

Having said that, the dataset creation process is an ongoing one, as new data is added and changes to the landscape are captured.

“But we have designated release dates, so we have today, which includes the greater Sydney area, we’ll have another major release in late June that covers another part of the country, and we’ll continue with a few more releases heading into next year.”