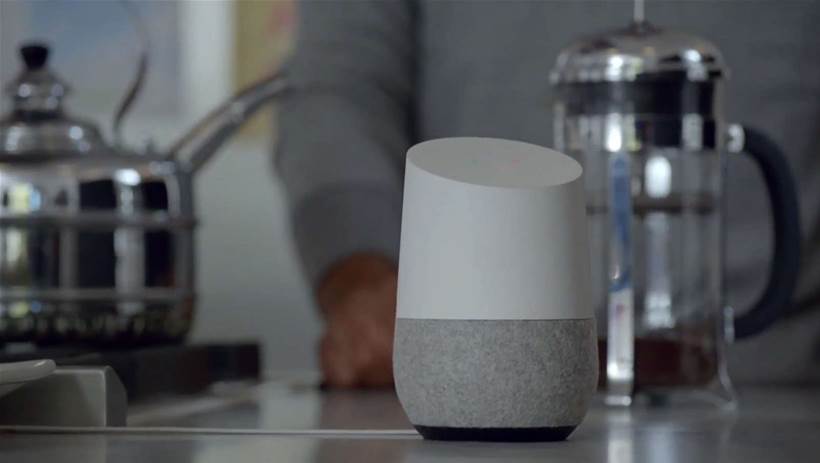 Announced during the opening keynote of the Google I/O conference, Mario Queiroz, Google’s vice president of product management said that Google Home “lets you enjoy music and entertainment throughout your entire house, manage everyday tasks more easily, and ask Google what you want to know.”

The centrepiece of this new technology is Google’s ‘Assistant’ voice recognition engine, which is the result of advances in natural language processing to provide a more intuitive way of verbally interacting with devices, more akin to having a conversation with the device, than asking a series of disconnected questions.

Queiroz added that Google Home has far-field voice recognition, allowing the device to recognise commands given up close or from across the room.

Like Amazon’s Echo - which also converts voice commands into actions - the Google Home will also function as a wi-fi speaker, allowing users to stream their music through the device.

Furthermore, the Google Home will also interface with the Chromecast, allowing users to command the device to play video content to Chromecast-equipped displays.

Google has taken a page out of Sonos’ playbook and enabled multi-room audio, and a network of Home devices can be created, allowing the user to control a device in the bedroom from the device in the living room, for example.

Queiroz said that Google Home will “support the most popular home networking systems… including our own Nest devices.”

He also outlined plans to work with third-party developers to enable “control [of] things beyond the home, like booking a car, ordering dinner, or sending flowers to mum.”

Queiroz added that access to Google’s core search functionality will be available, allowing users to ask a question, and then allow a follow-up question based on the response provided by the device, saying that “you will get immediate, accurate answers from Google each time.”

According to Google, the Google Home will be released “later this year.”