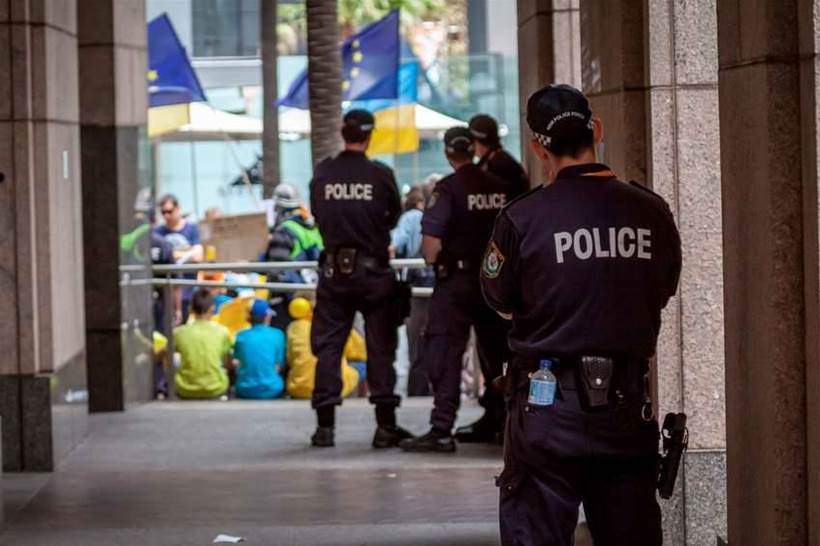 The launch of the body-worn video (BWV) system adopted by NSW Police last year was the culmination of months of complex research and development conducted by Fujitsu.

“When you’re looking at a solution that has potentially 4,000 cameras, recording all day, you quickly understand how big that video data can get, and therefore the management headache and the costs involved with it,” Fujitsu Australia’s principal architect, Ian Hamer explained at the company’s recent World Tour event in Sydney.

So while the obvious starting point for a BWV project would be the cameras themselves, Hamer saw the collection of data as being much more critical.

“Collecting video from so many endpoints is one thing. Finding that video three years later when you need to do something with it – that’s the important part,” he explained.

“Managing that video archive so that in ten years they didn’t have a bigger data storage requirement than YouTube was a key objective throughout the project.”

He said that Australia still suffers from communication issues, especially in rural and regional areas, making collection and cloud storage of high-definition video data difficult in many instances.

“We had to look at a solution that allowed us to store the video locally, which enabled people to review the video in a local LAN, do it in a way that didn’t delay their day, and didn’t give them frustration over communication issues,” Hamer said.

He said that Wi-Fi hotspot functionality was incorporated into the cameras. The data eventually gets passed on to the cloud-based data centre, but only once the operator is done using the video.

“We also need to make sure that where it was stored locally on the camera was protected and follow an evidentiary chain of command, so it could be used in a court of law,” he added.

The streaming capability can also extend beyond the police force and to other emergency services personnel as required.

Of course, the cameras were still an important component of the system

“The camera we chose is purpose-built for policing environments. It’s rugged, it’s hardened, it puts up with all sorts of abuse because it has to,” Hamer said.

“We also wanted to look at a camera that wasn’t a single-use item; something that could become a tool of the trade, not just a glorified GoPro.”

However, Hamer said that such an advanced video capture system would be useless if the system wasn’t easy to use and readily adopted.

“We designed a solution which allows users to log onto a kiosk with their username and password. Get assigned a camera which is also updated with a one-time, randomly generated SSID and password,” he said.

“It also then updates their mobile phone app and propagates the appropriate Wi-Fi and hotspot settings on their phones automatically.

“We took a system that usually takes several minutes to link up and get working with some technical knowledge down to a process that takes a few seconds, because all users need to do is press a button, log in, and walk away.”

This focus on user experience was also integrated into the camera check-in process as well.

“At the end of the day, the officer would dock the camera, log in, and the system automatically takes all of the video and audio, along with any case notes input into their phones and stores it in a secure location,” he said.

Body-worn tech proves its worth

The BWV project sponsor, Acting Assistant Commissioner Kyle Stewart, said research gathered during the first phase of the ongoing trial at Mid North Coast and Eastern Beaches Local Area Commands suggests BWV has proven to be a positive tool for officers in the field.

“The ability to record events electronically in real-time has demonstrated a number of benefits for our front line officers,” he said.

“BWV gives our officers an ability to collect the best evidence that is available when they are engaging with offenders or are at crime scenes.

“Our trial has also shown that at times the people with whom we have been interacting have changed their behaviour, simply because they’ve realised they were being recorded.”

Stewart said that he expects multiple benefits will result from the use of this technology.

“The ability of BWV to bring about a lower incidence of violence or to stop our officers from having to confront an escalating situation is of huge benefit to both their safety and public safety overall,” he said.

“The first phase is ongoing and procedures and processes for the use of the technology continue to be tested to establish best possible practice for front-line officers.

“Given the trial’s positive results, plans will be set in motion for an extended roll-out of BWV cameras to other Local Area Commands and specialist units later this year.”

Not just for police

Hamer saw other use cases in which body-worn video could assist other industries in their day-to-day operations.

“Fujitsu is working with a hospital in Melbourne that is trialling this system at the moment,” he said.

“Their staff are dealing with people coming in on a regular basis who are drunk, injured, on drugs, and so on.

“We see the technology as a key potential way to protect hospital staff during dangerous situations.”

The use of body-worn video could also be beneficial for home care, Hamer said.

“The recording of home care could ensure that procedures were performed correctly, or for video guidance of on-site staff to be provided by a mentor,” he said.

“Or, a nurse in a rural location may need to talk to a specialist who is hours away.

“If that nurse could show the specialist what is happening in front of them instead of talking about it over the phone, it would lead to a better, more accurate response.”