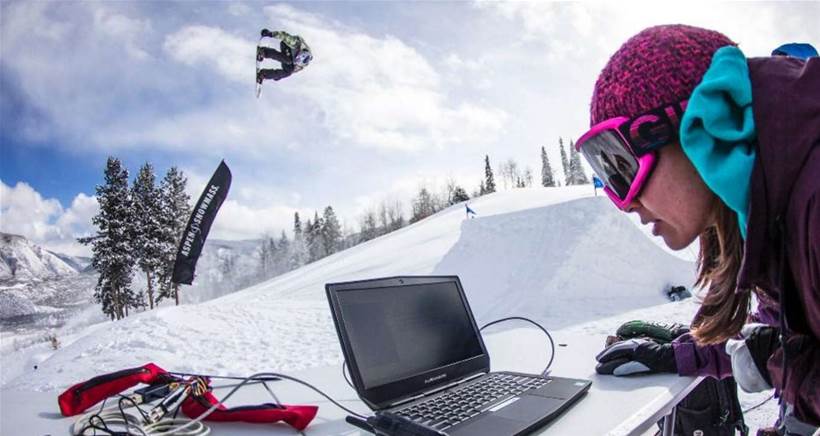 When male snowboarders compete at the X Games in Aspen in late January, their boards will feed live data to commentators and fans courtesy of a partnership between Intel and broadcaster ESPN.

In a keynote at the Consumer Electronics Show in Las Vegas, Intel CEO Brian Krzanich revealed that competitors in the Men’s Snowboard Slopestyle and Men’s Snowboard Big Air competitions would use boards fitted with Intel’s Curie module.

The module was first announced a year ago and is targeted at wearable and other IoT applications.

At the X Games, it will be used to “provide real-time data on athlete performance such as in-air rotations, jump height, jump distance, speed, and force on landing.”

“This access to new data will provide athletes with greater insights into their performance, provide additional metrics for on-air analysts, and change the fan experience both at home and in the stands,” Intel said in a statement.

It was one of several sports-related announcements that Intel made at CES.

Also of note, Intel is collaborating with New Balance on running shoes that have “customised 3D printed midsoles enabled by Intel RealSense technology”, which consists of cameras and algorithms.