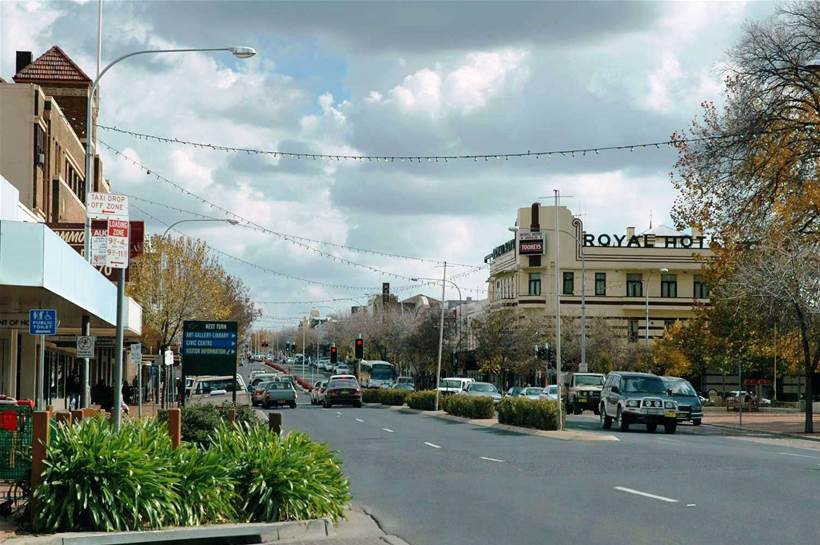 MadMaker has taken its teaching program to regional NSW, introducing students there to the fundamentals of embedded computing.

MadMaker is an Australian STEM (science, technology, engineering and maths) education program of online learning material for ninth and tenth grade students. The goal is to educate the students about embedded systems and their use in everyday life – helping to inspire the next generation of IoT professionals.

The program was created by Dr Abelardo Pardo, senior lecturer at the University of Sydney’s school of electrical and information engineering in 2015. It culminates in a six-week ‘challenge’ period that commences in October and coincides with the commencement of fourth term, so that any school around the country can participate.

The key teaching tool of this program is the Arduino Esplora circuit board, which contains a microcontroller with a set of pre-wired sensors and outputs, and can be connected to a PC via USB.

The board includes an accelerometer, temperature and light sensors, slider resistor, a microphone, four press-buttons, a four-way joystick, RGB LED and an audio buzzer.

Students then use the boards to learn about the STEM disciplines through activities relating to light, sound, motion, data capture and analysis, and coding, among others.

In preparation for this year’s challenge, MadMaker's technical project lead Owen Brasier visited four high schools in Orange, Forbes and Dubbo to provide development training for the teachers in those areas and to introduce the students to the MadMaker program.

Brasier told IoT Hub that the response from the students to their exposure to the fundamentals of hardware programming was overwhelmingly positive.

“The kids loved the material and they really engaged with the program,” he said.

“The Esplora board we use is a very tactile, physical device to use, such that you can interact with the board and get an immediate response.

“This physical interaction helps us make the experience for the students as engaging as possible.”

Brasier said that designing functionality for the boards was the first programming experience for most of the students he visited.

However, he said that the objective goes beyond teaching basic coding principles.

“We like to emphasise outcomes, and we do the coding by learning the simple things like IF statements to achieve those outcomes,” he said.

“The sessions that we do are tailored to provide introductory programming skills and maximise engagement.

“We also encourage the students’ creativity through this basic introduction to the maker movement, where the skills that they pick up could lead to the creation of their own projects.”

Brasier was surprised at how quickly the students were able to grasp the basics, which then led to them wanting to build their own devices and create their own projects.

“They were doing things like using the board to create a computer mouse that could register a click onscreen with a click of their fingers, instead of pressing a button,” he noted.

Brasier said that it wasn’t just the students that enjoyed their experience as a result of his visit. The teachers of those students also took a great deal out of it as well.

“The teachers have been tasked to deliver this digital technologies curriculum, and a lot of the teachers don’t know how to do that effectively because they don’t have the requisite knowledge, nor should they realistically be expected to,” he said.

“Once we sit down with them and show them the program, they can see the applicability of the material to the other subjects that they teach.”

The challenge of STEM education in rural Australia

Brasier firmly believes that the challenges faced in metropolitan areas to encourage STEM education are amplified in rural and regional areas.

“The main barrier is exposure. More often than not in regional areas, the teachers don’t necessarily have experience, knowledge, expertise or confidence to deliver these STEM programs,” he said.

“This is why we have gone down the route of training teachers, so we can have maximum impact and ongoing impact, and allow schools that sign up to our program the confidence to continue to deliver the curriculum on their own.”

He also thinks that the lack of exposure to technology from a student’s perspective is still prevalent in regional areas, but says it has become less of an issue than in the past.

“Most of the kids in regional areas have smartphones now, they’ve all got PCs at home, which was not necessarily the case when I was in high school not too long ago,” he said.

“So while I think it’s less pronounced as before, the technology accessibility gap is still there, and it gets worse the further out you go.”

Brasier hopes that initiatives like the MadMaker program form part of a wider solution for STEM education in regional Australia.

“I think that online platforms are a strong way to encourage a level playing field between regional and city areas,” he said.

He has also welcomed the increased emphasis from both major political parties on the importance of online education in Australia, which will see the first grants for online education development to be distributed next year.

“The challenge is to make it a bit more integrated into existing curricula, and to start STEM learning at a younger age as well,” he said.

“I’m not necessarily advocating coding, but more computational thinking for primary school students because exposing kids to these sorts of problems encourages them to develop their problem-solving ability and to break things down and think things through logically.

“[Computational thinking] doesn’t just help with computer science, it helps with how they solve problems in everyday life as well, so bringing those concepts in at a younger age and doing that more in a fun way is the way to go.”