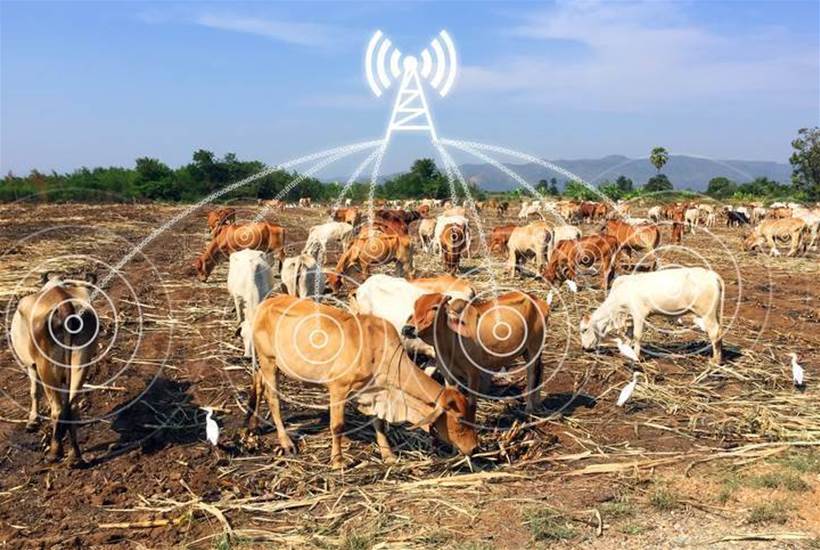 Sydney-based startup Livestock Labs has developed an implantable monitor for cattle designed to collect and transmit a range of biometric data to enable farmers to better manage their herds.

The product, EmbediVet, will notify a farmer when a cow is on heat, when it is stressed, and even provide the farmer with information on the quality of meat produced when the cow is slaughtered, according to Livestock Labs.

“The app will provide you with information that gives assurance about the quality of beef you are raising: detect marbling; predict finishing times; forecast EBVs [estimated breeding value],” the company claims.

Livestock Labs was one of six agtech startups to receive funding in September 2017 under incubator Cicada Innovations’ GrowLab program, in partnership with MLA Donor Company, a subsidiary of Meat & Livestock Australia.

Livestock Labs, however, has its origins in the USA. According to MIT Technology Review, its founder Tim Cannon started out working on an implantable sensor for humans, starting with himself, but was having difficulty getting funding for the project.

“An Australian biohacker named Meow-Ludo Disco Gama Meow-Meow (yes, really) contacted Cannon with an idea. A tech incubator in Sydney, Cicada Innovations, was about to launch a program that focused on helping build agricultural food technology companies. How about putting sensors in cows instead of people?” the publication said.

After being accepted into the GrowLab program “Cannon moved to Sydney from his home in Pittsburgh, and soon started working with a small team to remake [his] sensor from scratch into one that could be implanted in farm animals.”

Meow-Ludo Disco Gama Meow-Meow gained notoriety in Australia in May: he had implanted the chip from his Opal card for transport in NSW into his hand, was charged with travelling without a valid ticket and failing to produce a ticket for inspection.

He pleaded guilty, but argued that the law had simply failed to catch up with inevitable technology developments.

MLA says Livestock Labs has now partnered directly with MDC to co-fund large-scale paddock trials of Embedivet with commercial producers and research herds at Charles Sturt University and the University of New England.

“Implanted under the chin using local anaesthetic, the trackers will transmit data such as consumption of food and water, number of steps taken and health indicators like temperature and changes in heart rate. This could allow producers to remotely monitor and detect early the onset of illness, distress or labour,” it says.

“This data will be managed through a smartphone app with built in alerts. Other potential uses for the tracker extend to traceability, genetic feedback and identification.

“Issues to be resolved include ensuring lifetime viability of the tracker and that they stay in place – but not so much that it becomes a challenge when the animal enters the food chain.”

Anyone else seeking funding for cattle monitoring from MLA or MDC might not be as fortunate as Livestock Labs. Speaking at the recent IoT Festival in Melbourne, Sean Starling, MLA’s GM, research, development and innovation said: “I get a lot of people emailing me saying ‘I have got a new smart tag’ for an animal. Are you interested in developing it with us?’ and I say ‘have you checked what is already on the market? Here is an email with a list of 50. Show me where you are different.”

However, he added: “I win races, I don’t back horses, so if I want to win a race called ‘smart tag on an animal’ I will back every horse in the race I possibly can, but if you are just coming up the starting gate, maybe I won’t, depending on how many have already gone.”