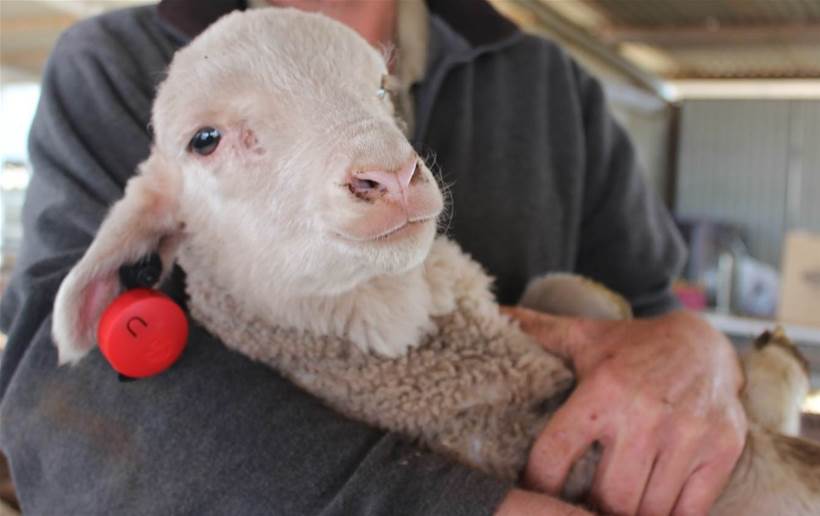 There are 200 million sheep in China, 70 million in Australia and 30 million in New Zealand, and breeders have a problem: keeping track of which ewes have given birth to which lambs.

Now Australian IoT startup SmartShepherd has come up with a solution, by exploiting a very well established aspect of sheep behaviour: lambs tend to stick close to their mothers, and vice versa.

As the flock moves about in the field the tags communicate with each other wirelessly, their proximity is determined by the signal strength and the data stored in the tags.

When the flock is rounded up, the data is gathered from the tags, uploaded to the cloud for analysis and the mother child relationships presented to the farmer via a web portal.

SmartShepherd cofounder and CTO Glenn Vassallo told IoT Hub: “We trialled this on a flock with known parentage and our results were 96 percent accurate.”

He said that accurately establishing pedigree had long been a challenge for the industry. “It’s called ‘mothering up’ and it is usually done manually at birth. It is very time consuming and prone to errors and does not scale to large commercial flocks. There is also genomic testing but it is very expensive.

“The industry has tried to solve this over the last several years. There has been a lot of money thrown at it and a fair number of failures.”

“He told me about the big issue the industry has in establishing pedigree and how he had an idea how it could be solved using wearables, but he did not really have to knowledge to do it.”

The two got together and developed a prototype that they submitted to a Westpac agribusiness challenge where it became a finalist.

Earlier this year they secured venture funding from Silicon Valley based VC SOSV and joined its HAX hardware accelerator in Shenzhen.

Vassallo said there were two parts to the system hardware – the tags and an Android-based unit that reads the tags as the sheep come in from the paddock and communicates the data over a cellular network. It has an RFID reader as many sheep now carry RFID tags and this enables the SmartShepherd tag to be linked to its host animal automatically. Otherwise the sheep’s IS ID has to be entered manually.

“Once we have tagged all the ewes and lambs in the flock the farmer sends them out into the field for about 48 hours. They come back in, we collect the data from the tags using bluetooth then the farmer uploads the data to our web application and it tells him the pedigree.”

Vassallo said the company already had a saleable product but as the currently breeding season has ended, it is ramping up for 2018.

“We are at an early stage. We are taking orders mainly for next season from March until October. Over the next six months we will refine our product, which can also be used with cattle.”

He said the company was also looking at adding value to the basic parentage information by offering breeding recommendations to help farmers achieve the kind of flock they want.

To accelerate its scale-up he said the company was looking for about $US750,000 of addition funding.