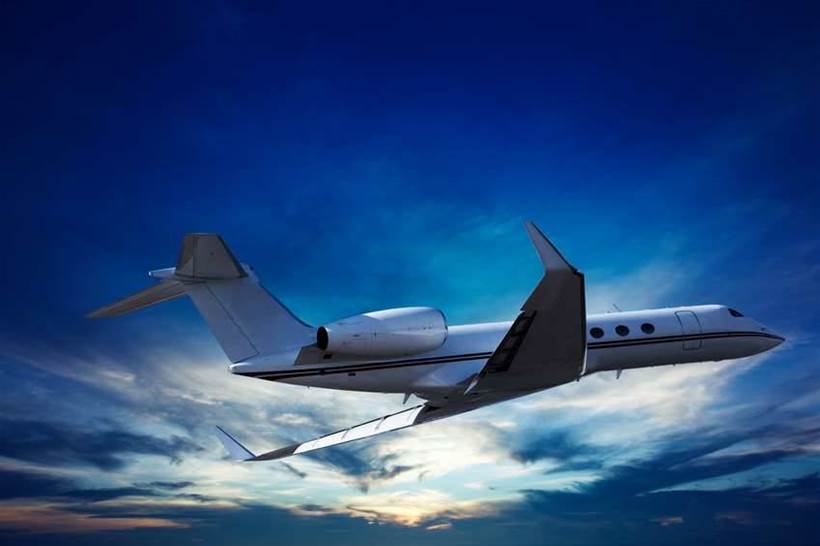 The Weather Company (TWC) has announced a project that it hopes will improve passenger safety by using the myriad of sensors on business aircraft to measure and monitor air turbulence in real-time.

The weather technology and forecasting company is now owned by IBM. Its latest project is a collaboration with Gogo – a leading provider of in-flight connectivity solutions for business jet fleets.

IoT Hub spoke to TWC’s SVP general manager Mark D Miller, who said the project is an evolution of the company’s existing efforts to conduct turbulence monitoring on large aircraft such as those built by Boeing and Airbus.

“We’ve been monitoring turbulence using an aircraft’s on-board sensors for a number of years with airlines through our work with avionics partners, where we put our software code onto the Aircraft Condition Monitoring System (ACMS) of commercial airlines,” he said.

In the latest project, Gogo will implement TWC’s turbulence detection algorithm – known as the Turbulence Auto PIREP (Pilot Report) System (or TAPS) – on the aircraft-based communications servers of its more than 6,800 business aircraft customers.

Each Gogo server has access to the plane’s avionics inputs and sensors, and will allow TAPS to calculate and report turbulence intensity based on the data collected.

Collected data will then be provided to the pilots in real-time, and also to ground control staff via Gogo’s air-to-ground and global satellite communications network.

TWC also intends to use the collected data to improve its turbulence and overall weather forecasts, and provide valuable information to the company’s team of 40 aviation meteorologists to alert clients of global weather-related safety risks.

According to TWC, the massive amounts of data collected will improve crew and passenger safety, and “provide guidance to all flights that will be travelling through impacted air space.”

Miller noted that “equipping planes with our technology via avionics is challenging due to the number of avionics systems available”.

“The turbulence algorithms we implement on different aircraft are fundamentally the same, but each avionics platform on the market is a little different, and we have to program for each separate interface.”

He said the advantage of piggybacking on Gogo’s on-board server is that TWC has abstracted itself a layer away from interfacing with avionics systems directly and relies on Gogo’s platform to provide connectivity.

“We only need to create one software release for Gogo’s systems, and they can provision the software to a large number of different aircraft quickly,” he added.

Miller said that business jet fleets are an important market sector to tap into. “Business jets operate at different flight levels compared to commercial airlines in many cases, and when your focus is atmospheric mapping, you want to map it not only spatially but vertically as well,” he explained.

Adding Watson to The Weather Company

Miller said that the TAPS systems was developed prior to TWC’s acquisition by IBM in January of this year, but numerous airlines are already interested to see what IBM’s influence will be on the products and services that TWC provides.

“The big topic at our recent aviation conference was ‘What does IBM plus TWC mean for aviation?’ We laid out a vision and strategy of how we’re going to combine weather and analytic insights with cognitive capabilities to improve airline operations,” he said.

“Even in the area of turbulence and how we forecast turbulence, there are applications for Watson and cognitive to improve decision-making for things like predictive maintenance of aircraft, for example.

“What we see coming with [IBM and TWC’s] respective capabilities we can bring to the market, is that we have a great opportunity to fundamentally transform airline operations.”