Smart cities, campuses and agriculture will be focus areas. 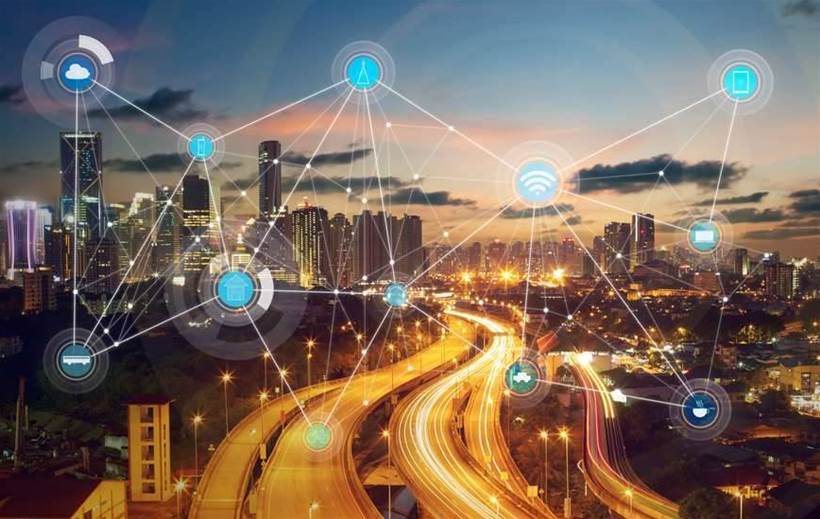 KPMG Australia announced a new business practice focused on the Internet of Things, the first of its kind within its member network.

Spearheaded by Piers Hogarth-Scott, the IoT practice will focus on three sectors:

KPMG intends to grow the practice to more than 30 IoT specialists over the next two years, and will leverage its expertise over multiple industries and disciplines.

“As a firm, we believe that IoT is a key growth pillar of the firm going forward,” he said.

“We’ve been very active in IoT for over a year, and although we haven’t had a dedicated, standalone IoT practice during that time, we’ve been working as a firm on a number of opportunities and client engagements.

“It got to a point some time ago where we had enough significant momentum in the marketplace that we took a view that in order to capitalise on the opportunity and the growing market demand, that it warranted making an investment in establishing a dedicated IoT practice.”

Hogarth-Scott said that the three sectors that KPMG has singled out as part of the establishment of this new practice are “intrinsically important to the nation.”

“These areas also align well with the national reform agenda that KPMG plays a significant role in,” he added.

Hogarth-Scott recognised the increasing levels of activity within the smart cities space, starting with the Federal Government’s recent announcement to invest $50 million in smart city initiatives.

KPMG itself also part of the Hypercat consortium which seeks to promote interoperability standards across smart city technologies, so for Hogarth-Scott, the inclusion of a smart cities team was a natural progression.

With respect to smart campuses, Hogarth-Scott sees them as “microcosms of smart cities”, and ideal locations to test smart city technologies and processes.

Agriculture represents an industry that is ripe for digital disruption, according to Hogarth-Scott, and that IoT “is a key enabler to realise that opportunity.”

“The developments in communication technology, together with falling costs of sensors has led to a perfect opportunity to harness those attributes and apply them to the agriculture sector, to help in a multitude of areas that previously have been more challenged,” he explained.

“For example, you now have the ability for precision farming, and the ability to make hyperlocal farming decisions that provide opportunities to drive operational efficiency, reduce costs, or increase revenue, through the use of IoT.”

Hogarth-Scott was quick to point out that although smart cities, campuses and agriculture have been described as initial focus areas of the new practice, these may change down the track.

“This will be a fast-evolving practice, it’s something that we will evaluate on an ongoing basis as to where our clients need the most help in terms of leveraging the opportunity presented by IoT,” he said.

Leaning on a wealth of cross-discipline experience

Hogarth-Scott believes that KPMG can leverage the experience and expertise it has in multiple disciplines and industries and apply that to the IoT ecosystem.

“There is no one single vendor that can provide an end-to-end solution – it requires multiple technology vendors to construct a solution,” he said.

“That’s where a trusted, independent advisor such as KPMG can come together and work with our clients to help develop their strategy and help them with the orchestration of their IoT ecosystem.”

He said that the IoT practice will perform a wide range of duties for its clients, from developing smart city strategies, to prioritised IoT implementation plans, to economic model and business case development.

“We may even assist with technology vendor sourcing and selection,” he added.

“There are a multitude of different ways as a management consultancy that we can apply ourselves to help our clients, and in all of these areas, we have significant capabilities that we can bring to bear.”

That KPMG have chosen smart campuses as a key focus area for its new IoT practice is an interesting one.

Up until this point, many IoT initiatives relating to smart campuses have originated organically within the universities themselves, where research students use the facilities available to test technologies and ideas, or start-ups containing university alumni work with their alma mater to find talent or further develop their ideas.

Hogarth-Scott hopes to tap into that “hive of activity” within universities with respect to IoT.

“You’re already seeing universities launch IoT degrees, for example, so it’s only natural that university students are very active in this space,” he said.

Hogarth-Scott highlighted the recent deployment of a LoRaWAN network at the University of Technology, Sydney, as another example of this increased IoT activity within the university system.

“These sorts of development provide a hotbed of opportunity for universities and students to develop IoT use cases and undertake research as to how these can be applied to drive outcomes,” he added.

Hogarth-Scott was also unafraid to admit that KPMG’s investment in the smart campus space would hopefully lead to the company being a future target for university graduates to find IoT-related employment.

“We are planning to recruit approximately 30 staff specifically for the IoT practice over the course of the next 24 months, and I would expect it to grow exponentially from then, and would hope that a number of those come from higher education.”