Mobike claims its technology sets it apart in a competitive market. 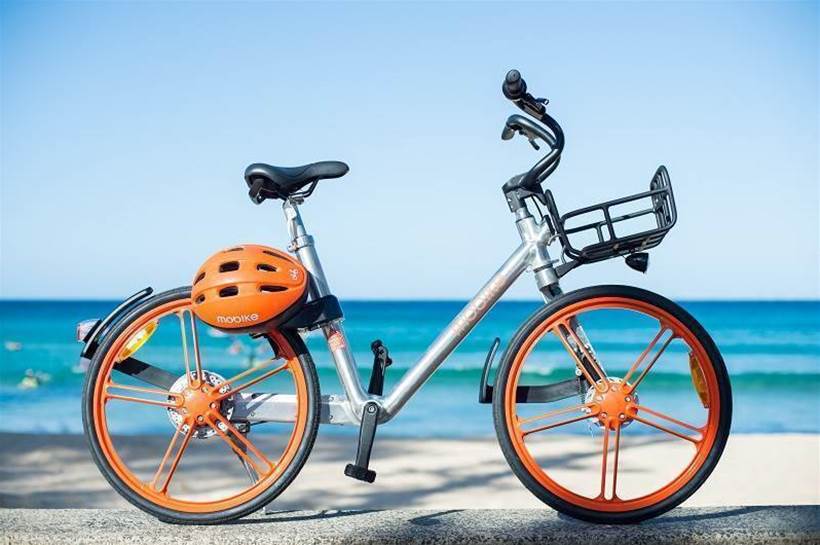 Bike-sharing is the latest, and most visible, IoT-enabled phenomenon in Australia’s major cities, attracting much adverse publicity from bikes left blocking footpaths or dumped in Melbourne’s Yarra River.

At present the market seems highly competitive – IoT Hub has counted six different brands vying for customers in Sydney. One of these, Mobike claims to have a distinct advantage, largely thanks to its technology: both the bike itself and the communications technology underpinning its service.

Certainly, its bikes are the most distinctive and the farthest removed from a normal bike, with their spokeless wheels, chainless drive train and single-side front and rear axle supports.

Mobike launched in Sydney in mid-November after securing exclusive rights to operate dockless bike rental on the Gold Coast from the local council, and has plans to expand to other Australian cities.

Nada told IoT Hub that earlier entrants had muddied the water, giving bike rental a bad name. “We are working with the government now to help them figure out their policy towards bike share. We want to take a cooperative approach,” he said.

According to Nada, the bike will be the key to determining winners and losers in what is presently a hyper-competitive market. He said the Mobike business model was based on a four-year life for bikes, compared to one year for some of its competitors.

“I think the customer will prefer our bike because it is better to ride and it will be the most reliable. Six to 12 months from now you will find the reliability rate on Mobike will be far higher than our competitors.” Nada said Mobikes were designed by the company in its own facility.

He explained that he had been drawn to the role as a result of experience with rental bikes in Singapore. “After using several different bikes and finding them broken or they would not unlock, or they felt unsafe I developed a strong preference for Mobike and reached out to them to say ‘If you are thinking of going to Australia let me know’.”

Mobike claims to operate the biggest smart bike network in the world, but not to have the most bikes. “Because every one of our bikes from the start has had GPS and been connected with a SIM card,” Nada said.

In Australia Mobike requires users to lodge a $99 deposit and charges $2.49 per half hour (but trips are free until the end of December). There have been suggestions that the business model for bike rental schemes like Mobike relies on selling user data to advertisers, but Nada refutes this.

“We don't sell data to anyone,” he told IoT Hub. “This business is about selling rides. It is not about the interest in deposits. It is about the capital costs of the bike, the operating costs and the revenue from rides. That is a profitable model, and that is why we have raised over $1 billion.”

Nada added: “If you look at the top line numbers that are publicly available: 30 million rides per day, 7 million bikes – you can easily figure out the revenue and the cost of bikes.”

He said the biggest operating cost was bike retrieval and redeployment. Because all its bikes are located by GPS, it is able to reward users who do the right thing, and penalise those who don’t. “In China the focus has been on penalties, but I think in a market like Australia we are going to focus more on rewards,” he said.

Also, in China Mobike is getting users to help with redeployment – offering ride credits to customer who will move bikes from low to high usage locations.

Nada said an average ride on Mobike was less than 2.5km and that in China it had greatly reduced usage of DD, the local equivalent of Uber, for short distance, single person trips. “In China 80 percent of short DD trips by individual have evaporated: it is cheaper and quicker than waiting for a taxi.”

Mobike has yet to launch in Melbourne, despite it being a more bike-friendly city than Sydney with higher levels of bike usage.