IoT a key component to strategy. 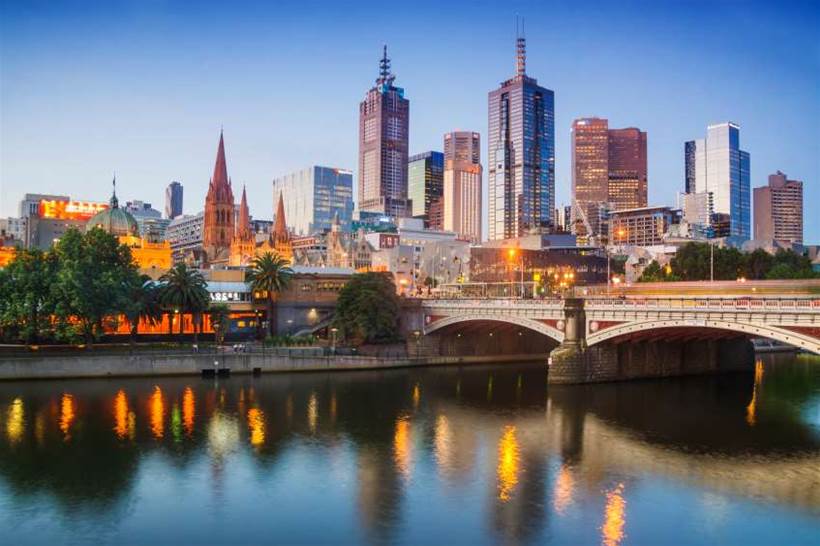 Melbourne is taking steps to become a smart city, and the initiatives undertaken in other cities around the world will serve as inspiration, according to the City of Melbourne’s chief digital officer and smart city office manager, Michelle Fitzgerald.

Fitzgerald will be hosting and participating in Melbourne Conversations, a public forum in which representatives from cities such as San Francisco, Tel Aviv and Amsterdam will share their experiences in deploying Internet of Things and smart city solutions.

The city representatives are also appearing at the Smart Cities Australia Summit, which runs as part of Connect Expo in Melbourne this week.

Fitzgerald saw the City of Melbourne's forum as a good opportunity for local residents and business owners to hear about their smart city ideas and solutions. She is expecting as many as 300 to attend.

“Melbourne’s population is expected to double over the next 35 years, and we expect to be bigger than Sydney by 2053,” she said.

“Over that period of time, global temperatures will continue to rise, which will have implications for infrastructure and liveability.”

Fitzgerald has observed numerous technologies coming down the pipeline that could have potential applications in Melbourne, such as driverless electric share cars, IoT, wearables, artificial intelligence and big data.

“Our mandate for the City of Melbourne is to start with the perspective of our users or customers of the city – our residents, rate payers, students, workers, visitors, business owners – by saying, ‘what can smart cities do to improve the liveability, prosperity and sustainability of our city for them?’"

Fitzgerald also emphasised that creating the right ecosystem for the city’s start-ups is a key component to her future smart city strategy, helping them connect with local universities and large corporations.

Furthermore, she said the need for all of these entities to contribute and turn Melbourne into a smart city is “absolutely critical.”

“In a number of ways, we need to co-create our smart city vision for Melbourne with Melburnians and stakeholders across our community,” she said.

IoT already in place in Melbourne

The city is currently piloting a network of 50 sensor-equipped rubbish bins that report to garbage truck operators when they are at 70 percent capacity to perform a collection.

In addition, an LED street light project has also recently been announced, and will be put to tender. According to Fitzgerald, it’s hoped the lamps will not only reduce emissions and cost, but also improve safety through the implementation of localised variable illumination.

“If someone is walking down the street at night, the lights will brighten, and then will dim once that person has passed the area,” she explained.

Melbourne’s smart parking system is also moving towards the implementation of real-time reporting and monitoring capability in early 2017.

Fitzgerald is hopeful that the public accessibility of real-time parking data – and other data sets through the city’s open data platform Melbourne Data – will encourage software developers to build apps that leverage it to provide value-added services to Melbourne’s patrons.

“What we mean by that is we have to deliver what our customers expect, which are necessary council services. If we don’t get that right, no-one wins,” she said.

“The reference to robots is about embracing new technologies like IoT to deliver services in a way that’s more effective and helps us achieve our objectives.”

Innovation precinct on the way?

IoT Hub can reveal that the City of Melbourne is considering establishing an “innovation precinct” in the city, in which IoT trials and proof-of-concept activities could be conducted.

“We could use such a precinct to enhance the waste management systems we currently have, or taking our existing pedestrian headcount system to the next level with cameras in a way that’s appropriate for respecting privacy,” Fitzgerald said.

“We want to build it out in a way such that the community can see value in its implementation, and that we’re not doing technology for technology’s sake.

“We’re also doing it in a way that’s very respectful to security and privacy, and where it’s practical and will deliver some real benefits.”

Fitzgerald envisages the precinct could be anchored by a number of large corporations, and smaller companies and start-ups would enter into engagements as trials and proof-of-concept activities take place.

She hopes it will bring the best ideas to Melbourne, through the support of innovative local companies and the creation of collaborative partnerships.