Going beyond computer and drone control. 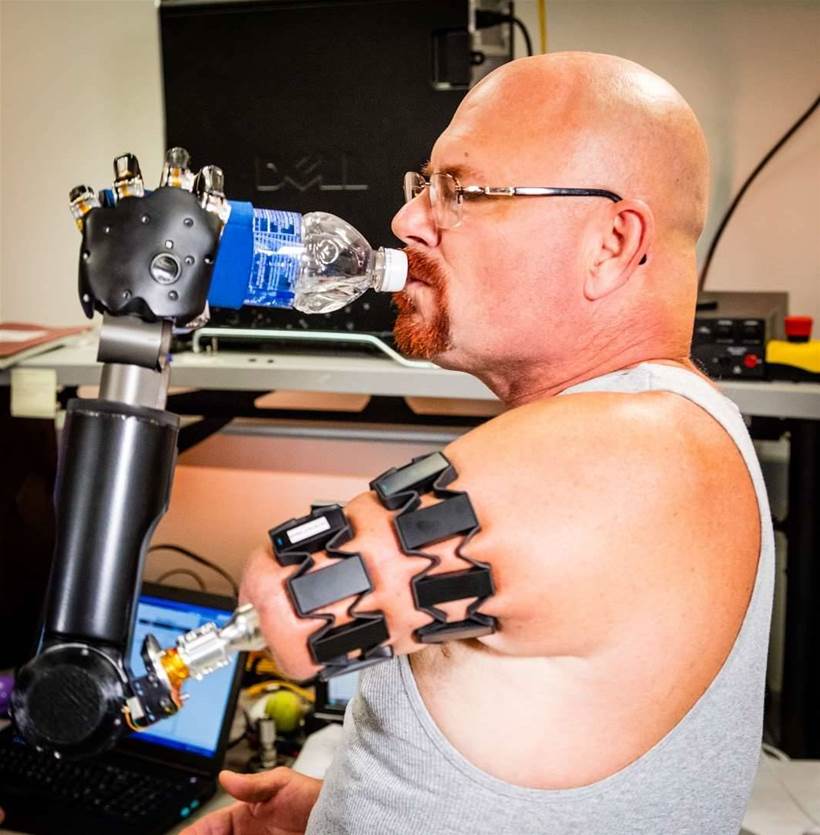 Using two Myo armbands - muscle-sensing wearables that are already capable of controlling PCs and drones - the wearer is able to perform muscle actions with their upper arm, which are detected by the armbands and wirelessly transmitted to a nearby computer.

The computer then determines the movement that is being attempted and sends a signal to the prosthetic arm to complete the task.

The success of this system is due in large part to the attachment method of the prosthesis, known as osseointegration. This allows the prosthesis to be attached directly to the bone.

Other methods of attachment involve straps or suction cups, which affect and distort the range of muscle movement in the upper arm, leading to inaccurate translations of requested movements.

Although the current requirement of a computer to translate the muscle movement causes the existing system to be cumbersome, the lab is hopeful of turning this breakthrough into useable technology that can be used in the real world.

“The challenge for us next is to really figure out how to get this technology out of the laboratory and into the hands of the people who need it,” said Michael McLoughlin, chief engineer in APL’s research and exploratory development department.

“Unless the technology gets in the hands of the injured warfighter, the elderly person who’s having trouble living independently, unless that happens, we haven’t really fulfilled our mission.”