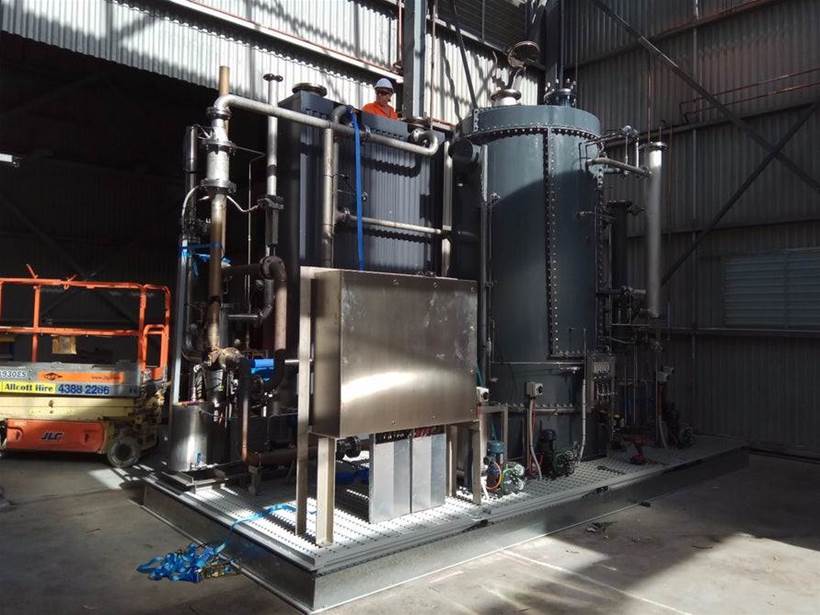 Infratech Industries has developed an ‘energy-on-demand’ system with the University of Newcastle that the company says will reduce energy costs and provide households with electricity, hot water, cooling and oxygen.

Infratech Industries’ CEO, Sydney inventor and entrepreneur Dr Rajesh Nellore, said the system could deliver financial benefits of $15,000 a year to households from reduced energy costs and income from the sale of the oxygen produced.

At the heart of what Nellore calls his Chemical Looping Energy on Demand System (CLES) is a metal oxide that is able to transition between different levels of oxidation. Under certain conditions it will absorb heat energy and release oxygen (the chemical term is reduction).

Under different conditions it will absorb oxygen (oxidise) transitioning to a higher state of oxidation and releasing energy in the form of heat. The CLES uses a turbine to generate electricity from this heat energy, or it can be used directly for heating.

The CLES has dual chambers containing the oxide so it can simultaneously consume and produce energy depending on availability and demand.

Nellore declined to provide any information on the composition of this oxide saying it was a key part of the company’s intellectual property.

Nellore told IoT Hub that the company had a commercial grade plant running at the University of Newcastle with a peak output of 30kW. He claimed such a system should be capable of powering 30 or 40 homes or a small hospital or an apartment complex.”

“30kW peak is 720kw hours per day and an average Australian home uses about 18kW hours per day so that is between 30 and 40 homes,” Nellore said.

He added that much of this 18KW in many homes goes on heating and cooling, which could be supplied by the CLES, reducing the electricity requirements significantly.

However Nellore said Infratech’s goal was to produce a unit suitable for a single household.

He was unable to give any indication of prices for a commercial unit. “We have local suppliers that can manufacture the product. We are in discussion with customers at the moment, but the cost will depend on how the metal oxide is sourced,” he said.

“It is being produced abroad at the moment and we need to produce it locally. Once we have those numbers we will be able to confirm costs.”

Nellore claimed that the sale of oxygen produced by the unit could be a significant source of revenue for users.

“Oxygen is the second most produced commodity in the world after sulphuric acid,” he said. “Oxygen is transported across vast distances today, so it could be compressed into tanks on site or pumped to a nearby facility.”

He said the unit already compressed the oxygen it produces into two cylinders and swapping these out would enable the oxygen to be sold.