Qantas to use data-driven flight paths 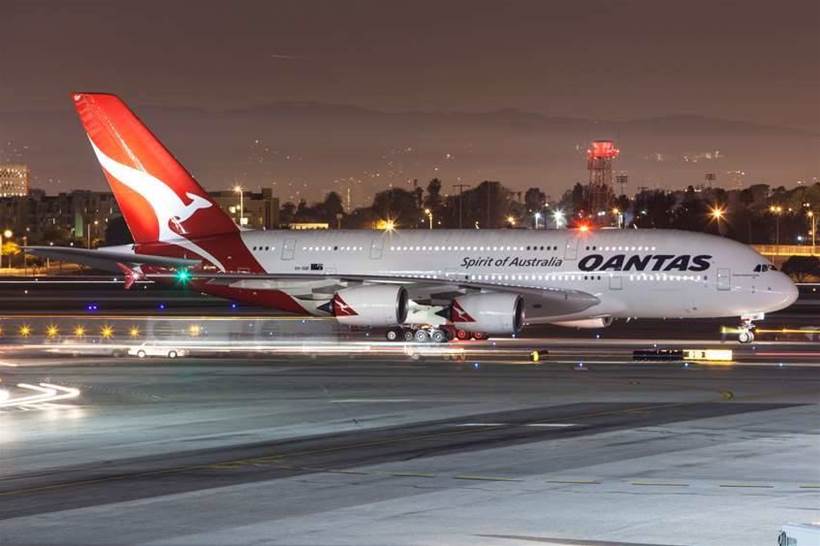 Qantas is set to use a flight planning system developed by the University of Sydney’s Australian Centre for Field Robotics (ACFR), starting from next year. The system combines data from a multitude of sources to improve the airline's operational efficiencies and reduce fuel consumption.

Data from the Bureau of Meteorology, aircraft traffic control and fleet schedules will be collected by Qantas and fed into a flight path optimisation algorithm developed by the ACFR. The algorithm will perform a series of calculations on the available routes and provide optimum flight path data for Qantas to then deploy to its aircraft flying long-haul routes.

The system is the culmination of a four-year project between the airline and the university. Professor Salah Sukkarieh, the ACFR’s director of research and innovation, told IoT Hub that Qantas approached the university a number of years ago to discuss flight planning algorithms in robotics, and how they could be applied to commercial aviation.

“We spent the last four to five years looking at various algorithms and how they could be used in a commercial aviation capacity,” Sukkarieh said.

“Flight planning is complex. It involves reading information from various sources such as weather information, airport information, the aircraft information itself and understanding the safety constraints that encompasses the spectrum of airline operations. The goal is to find the optimal route between two points that will save fuel while carrying the largest amount of payload.”

He said that the development conducted by the ACFR differed from its previous work in that time also had to play a factor in route calculations.

Sukkarieh also said that the team benefitted from Qantas collecting the data from the disparate sources and feeding it into the ACFR’s algorithm, rather than separate data feeds having to be established manually.

Real-time data integration on the horizon?

He said that the ACFR is also working on a project that uses data collected from the plane itself to drive fuel efficiency.

“In a slightly different project that we have with Qantas, we get data from on-board the aircraft after it has landed, and we use it to perform fuel burn efforts analysis as well,” Sukkarieh said.

“However, we’re not yet capable of collecting that data in real-time because of the lack of an interface between a commercial airline operator and an aircraft OEM; there’s still a demarcation line there.

“It really comes down to regulation. Where does the authority stand and who has responsibility for the different aspects of a flight?”

He said a lot of effort would be required by the aviation industry to enable real-time data delivery.

“You could potentially do lots of things, such as better weather or turbulence avoidance, and terrain avoidance as well,” he said.

“Whether it’s real-time or not, that’s a major infrastructure question and there have been discussions in general about that in the commercial aviation sector, but that’s a much bigger question.

“There are lots of things to consider, whether it’s the satellite communications, or if the aircraft are capable of sending data in real-time, and also the flight operations and their capacity to receive that data.”