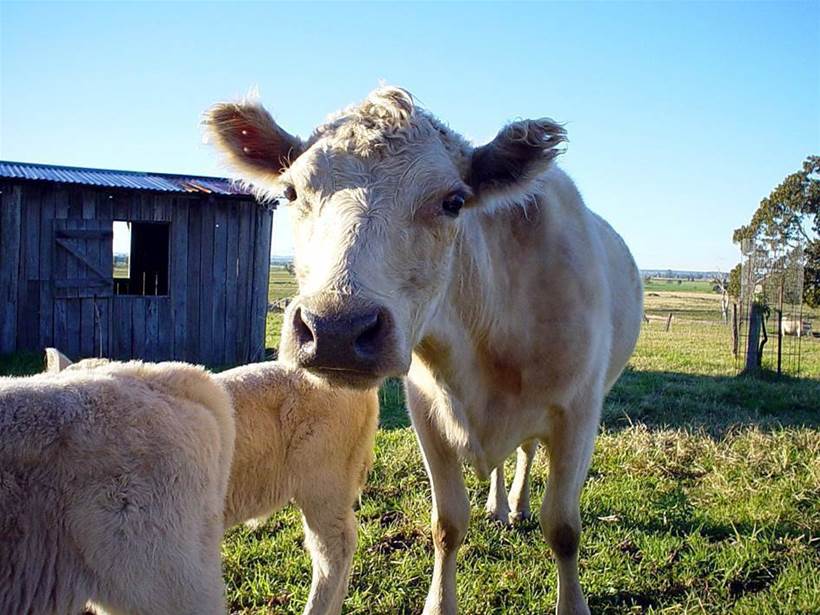 Queensland IoT startup Ceres Tag has teamed up with CSIRO and its IT R&D arm, Data 61, to develop a connected ear tag for cattle that will enable the location, movement and temperature of the cow to be continuously monitored remotely.

Ceres Tag founder and CEO David Smith told IoT Hub that, while there were other cattle monitoring devices on the market or under development, a key differentiator for Ceres Tag was that it would be fully compliant with the National Livestock Identification System (NLIS) because its battery does not need replacing.

“There are a number of competitors doing parts of what we do, but we have some unique IP licensed from CSIRO so we never have to replace the battery and that allows us to be NLIS compliant,” he said.

The NLIS system today is implemented in RFID ear tags, which do not use batteries and stay attached for the life of the animal.

“You cannot tamper with a tag; it is a provenance issue,” Smith said. “So if you have to replace the battery, you are not NLIS compliant. If the tag is not NLIS compliant it is of limited use to the producer.”

Ceres Tag plans to do prototype testing around midyear on CSIRO properties and then to move to commercial trials with Australian Country Choice later in the year and to have product on the market in mid 2019.

“Australian Country Choice is one of Australia’s largest vertically integrated beef producers, with about 250,000 head of cattle,” Smith said.

The company has not yet decided how its tags will communicate. “We are looking at a number of technologies and are in trials,” Smith said, “There may be some terrestrial infrastructure required, or it may be all satellite.”

Ceres Tag does not intend to create an end-to-end system, but to make the data from the tags available to other applications.

“We create the data and store it in our cloud then we offer open APIs to the many different property management software systems on the market,” Smith said.

“We are seeking to collaborate with just about every software company in that space. We don't want to compete with any of those systems because one of the biggest restrictions for adoption is having to change software. So we would prefer it if farmers just have to upgrade their existing software to get our data.”

Smith said the tag was being developed to overcome some specific problems for graziers.

“We wanted to know where are animals were because in our region there has been quite a bit of theft. And you can spend a lot of time looking for your animals: some of the paddocks are very large. We looked at a few things like drones but they were not what we needed so I came up with the idea of the smart ear tag.”

He said the tag would also help graziers raise loan funding. “You can borrow money against your animals, but if you say you have 10,000 head they might only give you a loan against 2000, because they don’t know how many you actually have. Now we can make then all visible, where they are and their history. That changes the whole risk profile.”

Ceres Tag has received funding from MLA Donor Company, a subsidiary of Meat & Livestock Australia that invests in red meat industry R&D and commercialisation, some private equity, and in-kind intellectual property from CSIRO in return for access to data from the devices that has no commercial value, Smith said.