Red Bull Racing and AT&T share the need for speed 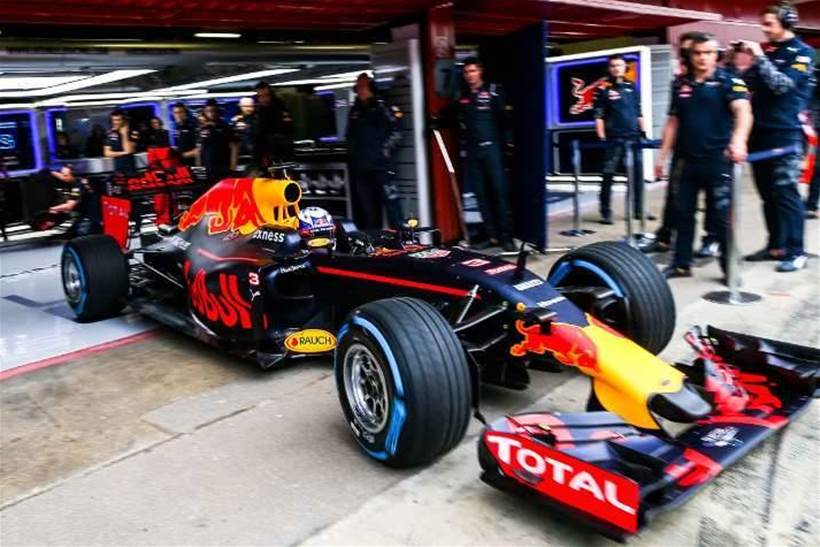 Formula One (F1) is a sport of fractions of a second. Just a handful of these could mean the difference between top spot on the podium and a champagne shower, and inward reflection back in the garage over what went wrong.

The same holds true for data collection, where the ability to receive massive amounts of information from the vehicle and deliver it to the team to make real-time race decisions can determine victory or defeat.

Red Bull Racing (RBR) understands the importance of speed, both for the car and the data it provides, and has enlisted the help of US telco AT&T to facilitate the latter.

RBR and AT&T have been working together since 2011, and earlier this year announced an agreement to extend and expand the scale of their joint operations in the coming years.

Today, AT&T provides advanced network services, such as high-bandwidth links, to send an average of 400GB of real-time race day data to the trackside crews, the team’s UK headquarters, and to its engine manufacturer, Renault, in France via EVPN.

This year, this mission of back-to-base data transmission will be particularly challenging, as RBR will be visiting 20 countries on five continents over the course of the 21-race season.

IoT Hub spoke with RBR’s head of technical partnerships, Alan Peasland, about the nature of data collection in F1, the challenges encountered, and AT&T’s role in helping the team gain a competitive advantage.

“The data captured on-car covers all aspects of the car’s health and performance,” Peasland said.

“This includes sensors which measure tyre temperatures and pressure, air speed, suspension loads, accelerations and G-force, temperatures from around the car, and a lot of sensors dedicated to the power unit and drive train.”

Peasland said that data is also downloaded from the cars via a direct connection when they return to the garage during practice sessions, which is then shared with the team for analysis and review.

He said that time is a critical factor for data transmission and analysis, particularly on race day.

“The faster we can capture data and present this to the relevant team experts, the sooner we can understand what it is telling us, and how we can use this help drive change, enhancements and development,” he said.

Peasland reinforced the importance of data security, particularly as richer, mission-critical data is being shared around the team, containing intellectual property that contributes to competitive advantage.

“[AT&T’s implementation of] security improvements [to the EVPN] have given us the confidence to share more sensitive - and as a result, more useful data - with our engineers based in the UK, which results in them being able to offer greater levels of support to the race team,” he said.

He added that internal and external environmental factors makes data collection from the vehicles a challenge.

“Often we’re racing in hot climates and the car itself creates a challenging environment for electronic equipment, both with heat, vibration and also the stresses which all of the components are exposed to as the car races around the track,” he said.

Data beyond the track

Peasland said that although vehicle-derived data is what most people acknowledge as a key component of F1, data from other sources is also highly valued as part of a race team’s operations.

“We’re generating and analysing data created by all areas of the development process, whether that be CFD (computational fluid dynamics), research & development, simulation, manufacturing, design, finance, the list goes on,” he said.

“Whilst the performance of the car is our prime focus, we know that the unrelenting pace of F1 requires an extremely agile and high-performing business, one which runs on data.”

From trackside to showroom

Peasland acknowledged the role that F1 has historically played in creating innovative technologies for the track that filter their way down into the consumer market, and that the realm of data acquisition is no different.

“There are certainly a number of important data collecting sensors on most road cars now, some of which closely echo what we use on the race car,” he said.

“For instance, tyre pressure sensors on the F1 car give us critical information about tyre performance through the race, whereas on a road car, they will alert the driver to a puncture.

“Although the level of detail is a little different, both can result in a quick pit stop for the driver.”

He also recognises the increasing conversations around connected cars and autonomous vehicles.

“The capture of data, the machine-to-machine connectivity and the analytics that can be applied to this data will help continue to make vehicles safer, more efficient and more useful to our busy lives,” he said.