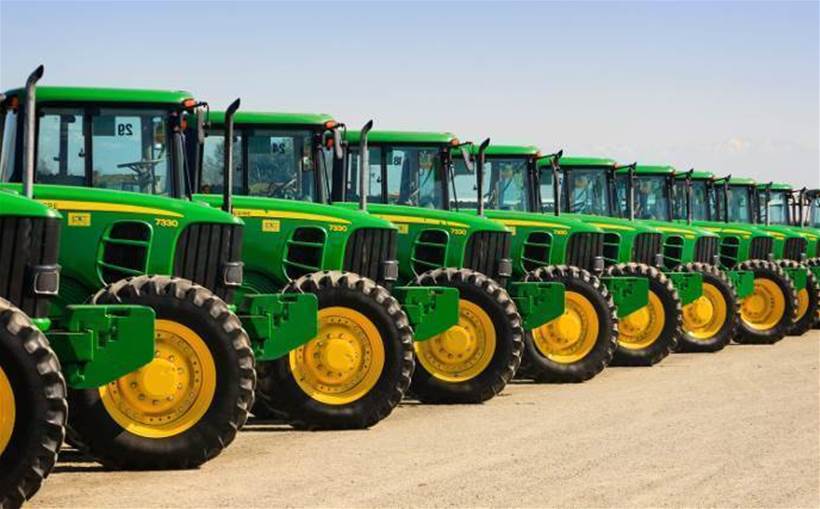 Three neighbouring farmers in South Australia banded together to purchase a sensor-equipped tractor and engaged the Commonwealth Bank to help them make sense of the data.

In the latest edition of CBA’s Equip - an ongoing series of research driven by the bank’s asset finance unit, Johnson notes he came up with a new way to fund farm equipment he needed but would not use all the time.

The Equip report notes that “for such a diversified business [as Mt Boothby Pastural Company] to succeed, it needs a lot of specialised and expensive equipment, some of which sits idle for much of the year.”

Johnson, together with two neighbouring farmers, set up a new legal entity “under which they
could share the finance and ownership of a new tractor”.

“CommBank is supporting this move by working closely with the partnership to understand the potential of smart assets in agribusiness,” the bank said.

“The tractor was fitted out with sensors that provided data on its usage and maintenance status.”

“However, Johnson and his new partners found it was not in a form that made it easy to export and develop reports.”

The farmers called upon the bank, which was able to call upon its own internal innovation function to help the farmers out.

“They worked with Johnson and his partners to better understand how the machine was
used and to access the data insights they needed to optimise use of the asset,” CBA said.

“The people at CommBank assisted in making the data readable and usable, by working out
a way to harness the variable data inputs – and make sense of what they were telling us,” Johnson said.

“We were then able to bring that back in to make decisions on how we operated the machines.”

Johnson said that other farmers had since shown interest in adopting a similar arrangement for farm equipment purchases.