Myriota to use funding to launch more satellites and expand its global operations. 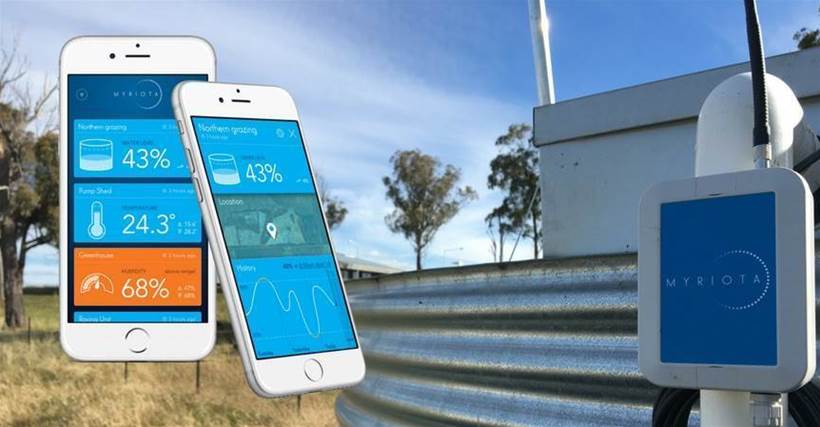 Myriota has developed a credit card-sized device that can be interfaced to wide range of IoT sensors and devices and that can transmit and receive data via low earth orbit satellites. The company claims it has exceptional battery life and can withstand the harshest of elements.

Its “small and relatively inexpensive satellites” are in polar orbit and rotate around the earth every 90 minutes at an altitude of approximately 800km. Signals from the devices are relayed to satellite ground stations and processed by software hosted in the cloud. Customers’ data is available via standard APIs.

Myriota says it is leading the development of a number of “world-first projects”, across a diverse ranges of sectors, “including black box type recorders for Australian Army soldiers, water tank monitors for farmers, asset tracking and environmental monitoring.”

The startup was created in Adelaide in 2015 as a spin-out from the University of South Australia and claims to be “poised to become the key communications network for the global IoT sector” by enabling “massive scale, low-cost communications for IoT devices anywhere on the planet.”

Myriota is using satellites launched and operated by Canadian company ExactEarth, an early investor. ExactEarth invested $A2.0 million of start-up funding in Myriota in November 2015 and in 2016 provided $A400,000 of in-kind contributions.

It said that following the latest funding round it would retain 18 percent ownership in Myriota, would hold a seat on the six-person board of directors, and an exclusive licence to Myriota's advanced signal processing technology in the maritime vessel field.

Myriota says it will use the funds from this latest round to expand its coverage by launching its own satellites to supplement ExactEarth’s, and expand its global operations with new sales and customer support offices in North America and Asia.

It expects to add at least 50 new staff, most of whom will be based at its South Australian headquarters, where it recently announced plans to open a $US2 million Internet of Things Innovation Lab.

Myriota says it is leading the development of a number of “Space 2.0 projects”, although according to the European Space Agency’s definitions, we’d suggest they are in fact “Space 4.0” projects.