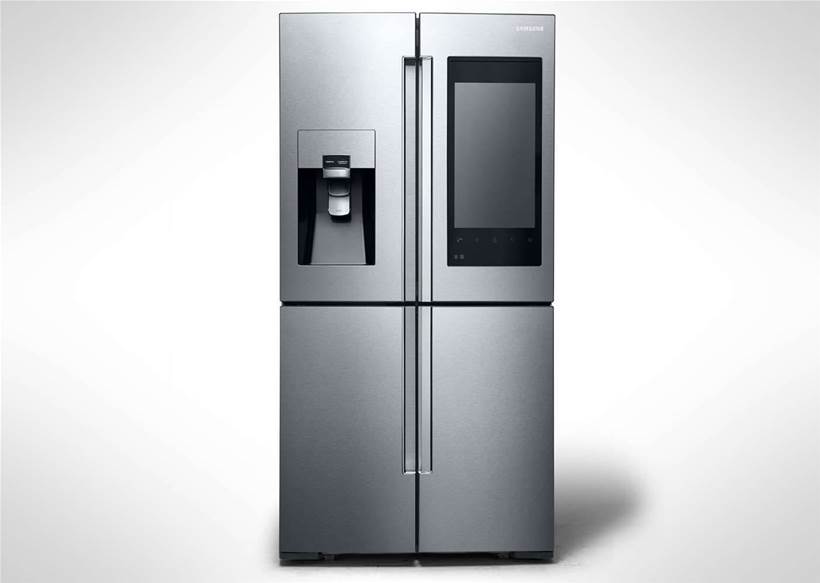 Samsung announced its Family Hub fridge, which incorporates a 21.5-inch touch screen in the door to control fridge functions and find recipes.

The Family Hub also has a camera inside that can be used to see what you have without opening the door.

The company notes this could be useful when you are out food shopping but unsure what you have left.

Though the fridge attracted plenty of international attention, there was no word on whether it would be sold outside of South Korea.

Rival Whirlpool updated its smart French door refrigerator with a new “party mode” that can “speed up ice production, quickly chilling beverages and snacks, and helping maintain cool temperatures while the fridge doors are frequently being opened and closed”.

Other sensors in the fridge can advise users if the power or wi-fi goes out, or when an internal water filter needs changing.

For those unwilling to upgrade their fridge for IoT benefits, British firm Smarter released a fridge camera that takes periodic still photos of the fridge contents that can be accessed while out shopping.