Microsoft's CEO visited Sydney this week to talk about how developers can tackle growing data volumes and complexity. 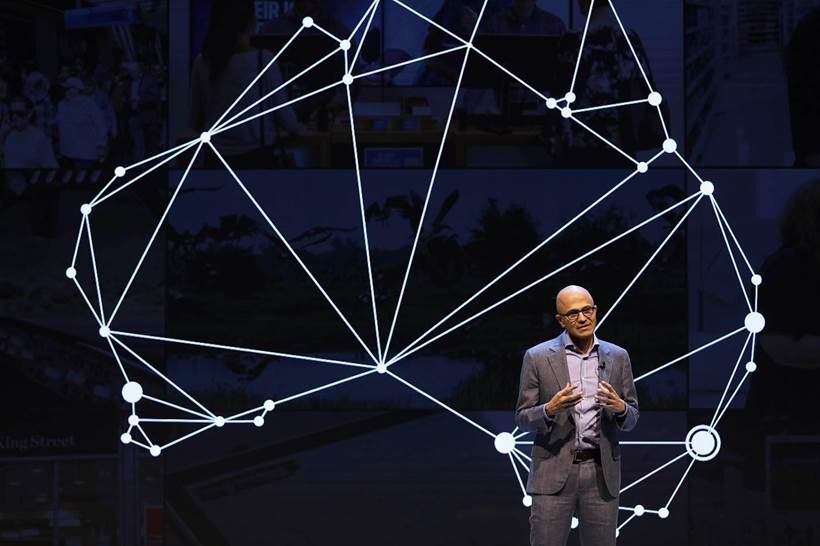 By our estimate, more than 1,000 people squeezed into the Carriageworks venue in Eveleigh to hear Nadella spruik Microsoft’s world-view.

He gave a high-level snapshot of Microsoft’s priorities when it comes to enabling developers for a world of cloud, AI, IoT and increasing data volumes. And he did plenty of evangelising of Microsoft’s products.

Here are four of Nadella's underlying messages to developers:

1. Think about how to create distributed computing workloads

Microsoft’s CEO urged developers to look beyond the creation of cloud-native applications, to applications that run at the network edge.

“Distributed computing is not about just a throwback to the mainframe era, it's actually a move forward to actually having computing be much more distributed going forward. And the edge is a very important part of it,” he opined.

This was part of his plug for Azure Arc, Microsoft’s recently announced set of technologies for extending Azure services and management. Nadella described it as a “multi-edge, multi-cloud infrastructure”.

He said that “instead of thinking about one cloud as a destination”, developers should consider all of the computing available across the cloud and the edge as “one fabric on which you can develop applications and deploy applications.”

“And so that means you have one control plane for management and security. But most importantly, it's just not a compute control – it's a control plane that allows you to take your data wherever you need it,” he said.

Nadella also talked up the Dapr and Rudr open source projects, which allow developers to “write a new application and then deploy it in a distributed way”.

2. Consider the scalability of databases and analytics

Nadella also talked about how developers will address greater volume, speed and complexity of data.

This is a theme Microsoft has been pushing with the launch of its “Hyperscale” service tier for Azure SQL Database, which provides support for databases as large as 100TB. It has also been preparing for more diverse databases with the development of Azure Cosmos DB, its” globally distributed, multi-model database service”.

Analytics was also on the agenda. Nadella talked about how Microsoft is taking a “cloud-native approach to analytics with Azure Synapse, which provides a unified experience for ingesting and processing data for business intelligence and machine learning.

“For the first time, we now have the ability to take what is structured and unstructured – that means big data and data warehousing together – along with all the data integration, into one system,” he said.

3. Face up to AI-ethics and cybersecurity responsibilities

Attention on AI ethics is growing at state and federal government level in Australia, and within some local corporations. Nadella touched on this topic briefly, telling the audience to make sure they gave diverse AI teams.

He also reminded developers about the importance of “end-to-end” security. “You can't secure just one room of the house, you have to have end-to-end securities, starting with identity to devices to applications to information and data, as well as your infrastructure – [it] needs to be one chain,” he said.

4. Make better use of data

Nadella called the siloing of data that doesn’t get used, a “massive lost opportunity”. He said Microsoft was focussed on enabling businesses to move from just collecting data, to using it more proactively to predict, automate and gain insights.

Much of this part his speech related to the use of data for customer service – for example, Nadella talked about how Bank of Queensland is using Dynamics 365 to create a “360 view“ of its customers. But similar challenges apply to many IoT and AI projects – we’ve heard from various vendors about why lack of data consolidation is still a major impediment to these projects.