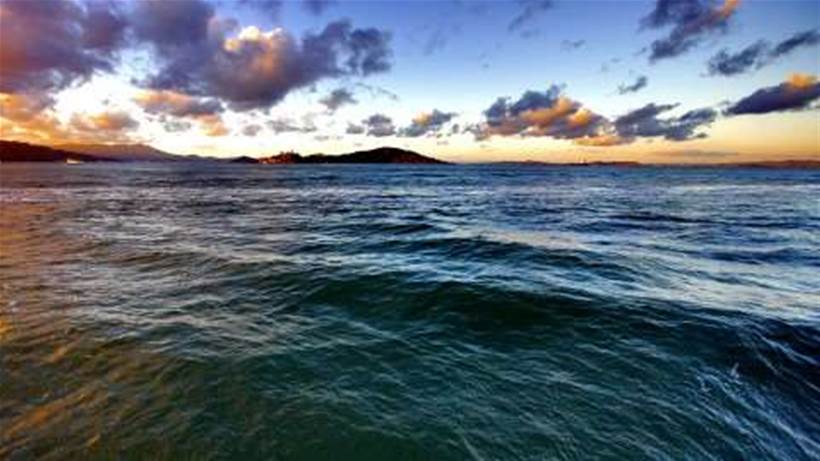 Scientists are turning to sensors to network the world’s oceans in order to understand the impact of what some see as a new industrial revolution in marine environments.

The sensors are integrated into everything from small devices to autonomous drones and regular boats, and are becoming valuable data sources that can be used to fight problems such as plastic pollution and overfishing.

Scientists including Douglas McCauley, a professor in the Department of Ecology, Evolution and Marine Biology at UC Santa Barbara, fear the impact of growing human activity in the world’s oceans.

“We may be slowly in the next decades or centuries moving towards what I think of as a marine industrial revolution, and it’s a bit scary,” McCauley told Salesforce’s Dreamforce 15 conference.

“The concern now is if we’re launching this new era of change in the oceans in the next century, we don’t want that to be associated with a mass extinction in the oceans. And it doesn’t have to be.

“It’s not about saying no to all of this growth. We can engage this new growth in the oceans intelligently, provide for wildlife in the oceans and get what we need out of the oceans as well.”

Sensor devices are being developed to test pH changes in oceans. Scientists fear carbon dioxide is being absorbed by oceans, leading to increased acidity.

“We tested some of these devices off the Seattle aquarium,” Schmidt said.

“Scientists up there wonder and want to use these devices to test whether pH shifts along the coastline during rush hour.

“Imagine getting that specific - being able to say that the emissions from cars over a certain period of hours every day are making the water on the surface more acidic.

“That’s the kind of targeted question that we could answer with this technology.”

Another innovative project is SeaPlan, which has found ways to treat ocean users as data collection points. It is mapping the usage patterns of recreational boaters, commercial ships and ocean energy projects and overlaying them on maps to see exactly how passages of water are being used.

A third innovative project is the Saildrone, a fleet of autonomous, sensor-equipped vessels that carry up to 90kg of instrumentation.

“These are very interesting because they’re robotic, autonomous and can carry all types of sensors,” Schmidt said.

“They can go to places that are rough and far away, they never get lost and they’re a lot less expensive than a big research ship of people and instruments.”

McCauley is also working on technological solutions to monitor changes in the oceans.

One of his team’s projects is Mazu, a crowdsourcing app that is used to keep track of illegal fishing boats.

Fisherman that see a boat they don’t recognise can take a photo and upload it to Mazu.

“Mazu uses an image recognition algorithm to process that image against a crowdsourced library of known illegal fishing vessels and it tries to make a match,” he said.

The app also shows the vessel’s history – such as the various names and registrations it has operated under. Users of the app can “follow” illegal vessels and be instantly updated when they reappear.

“Mazu puts power into people’s palms to fight illegal fishing,” McCauley said, noting it made hiding in the oceans much more difficult.

“For example, if we can take the kind of eyes of satellites in orbit and stare down at reefs, we can keep them healthy and around for a whole lot longer,” he said.

Scientists and marine biologists in general were embracing technology to network the world’s oceans as much as possible.

“There’s real progress on the technology front to be able to look at what we’re doing and how we’re using the waters,” Schmidt said.

“I think it’s going to change the way we think about the oceans.”

Ry Crozier travelled to Dreamforce 15 in San Francisco as a guest of Salesforce.