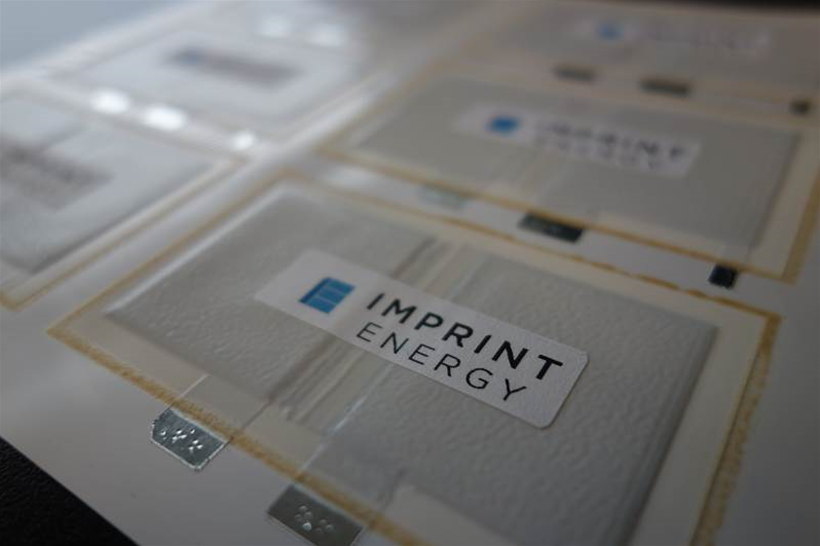 The ultra-thin battery to be used in Semtech's disposable tag.

The announcement follows that from Sigfox in September of plans to introduce in Q1 2018 a disposable IoT device that will cost around $US0.20 and communicate over a Sigfox network.

Semtech has announced a “nano-tag reference design” describing it as “a disposable, ultra-thin and low-cost tag that can be integrated into disposable systems or attached to assets to communicate a specific trigger of an event.”

Key to the Semtech nano-tag is an ultra-thin battery announced a month early. The company said it was being developed and would be produced by Imprint Energy, in which Semtech has invested.

Semtech said it was working closely with Imprint Energy to target applications that have the potential to create entirely new markets.

“The Imprint Energy battery enables new applications which have a thin and small form factor and due to the integrated manufacturing process, the batteries are low cost to produce, making high volume deployments feasible,” Semtech said.

“Additionally, a key benefit of the Imprint Energy battery technology is the ability to be printed using multiple types of conventional high-volume printing equipment; this allows quick integration by traditional electronic manufacturers in their existing production lines.

MachineQ, an industrial IoT service, owned by US internet and cable TV giant Comcast has become the first company to pilot the LoRa-enabled nano-tag with interested third parties on its IoT network in Philadelphia, according to Semtech.

MachineQ general manager Alex Khorram said the device, in conjunction with its LoRaWAN network, “opens a whole new set of use cases, across multiple industries, that were not commercially or technically viable using existing technologies.”

Marc Pegulu, vice president and general manager for Semtech’s Wireless and Sensing Products Group, said he expected the number of use cases to expand rapidly as its partners started to exploit the device,

Semtech said the tags would be commercially available in both flexible tape and paper substrates in 2018 and were “currently in trials by a number of LoRa Alliance members.” It has given no indication of prices.