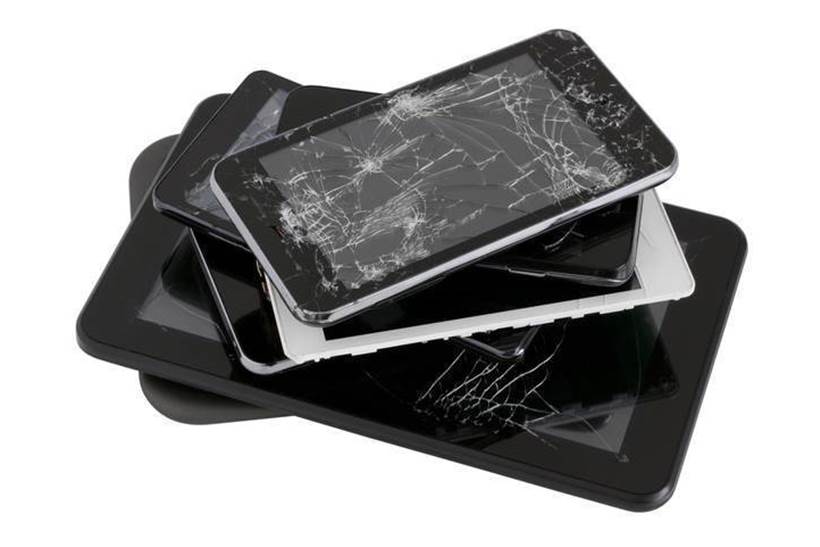 Smart bins that signal when they are full are starting to appear on Australia’s streets, streamlining rubbish removal. Now Fujitsu Australia has come up with a smart bin that solves a big problem for its customers and the community as a whole: ewaste disposal.

Lee Stewart, Fujitsu’s Head of Sustainability for Oceania, says many organisations lack any formal process for the proper disposal and recycling of obsolete PCs, laptops, mobile phones etc. “We’ll sometimes go into an empty office at a customer and it’s wall to wall with old stuff – people have just used that office as a dumping ground.”

That’s not the only problem: when not disposed of through certified recyclers much of this ewaste gets dumped illegally in landfill or illegally exported overseas and dismantled in dangerous, environmentally damaging ways.

“We wanted to make ewaste disposal easy for our customer,” Stewart said. “So I came up with the idea of having something on site that is easy to manage.”

Fujitsu’s solution is a smart bin that is fitted with special IoT sensors that monitor fill level, geo-location, temperature and tilt angle. The sensors are completely wireless, weigh less than 250 grams, have a 10-year battery life, have a non-corrosive protective shell and require zero maintenance.

The bins are conveniently located on customers’ premises where old equipment can be dumped into them. They signal to Fujitsu’s screened recycling contractors when they need emptying.

This not only solves the problem of ewaste accumulation, it gives customers assurance that their ewaste is being correctly disposed of.

The customer ewaste is collected by Fujitsu’s recycler, which is audited every year. Each piece of equipment is tracked throughout the recycling process and the customer receives a certificate confirming that data has been wiped and the equipment disposed of correctly.

The smart ewaste bin is actually one standard wheelie bin and a smaller bin inside a custom-built enclosure with one small slot for used mobile phones and tablets, and a larger slot for laptops, screens etc. It was developed for Fujitsu by Newcastle-based Source Separation Systems.

Fujitsu also encourages customers’ staff to use the bins and provides a staff communications pack that includes posters and emails.

This part of the scheme has proved hugely successful. At one of the early customers a post about the scheme topped its Yammer internal communications system for several weeks and a large number of old mobile phones were collected from staff.

Fujitsu has been trialling the bins with a number of customers and Stewart says he hopes to make them a standard offering. “My plan is that by the end of the year we will have bins at a dozen sites and they will be included in very new contract and renewal contract as a standard offering.”

Fujitsu also supplies IT equipment to many schools and Stewart wants to extend the scheme to these. He plans to demonstrate the bins at a forthcoming Association of School Business Administrators exhibition in Sydney and Fujitsu plans to get the bins into a number of schools.

Stewart is hoping to make the scheme cost neutral. Some of commodities gained from recycling can have value and, as a major importer of ICT equipment, Fujitsu is a liable party under the government’s ICT waste scheme. Recycling is one way of reducing the organisation’s liability.

And, Stewart says, the bins could also be used by local authorities. “It’s imperative that the community, big business and governments develop plans to recycle their old devices and we believe that every community and business would benefit from one of our new ewaste smart bins.”