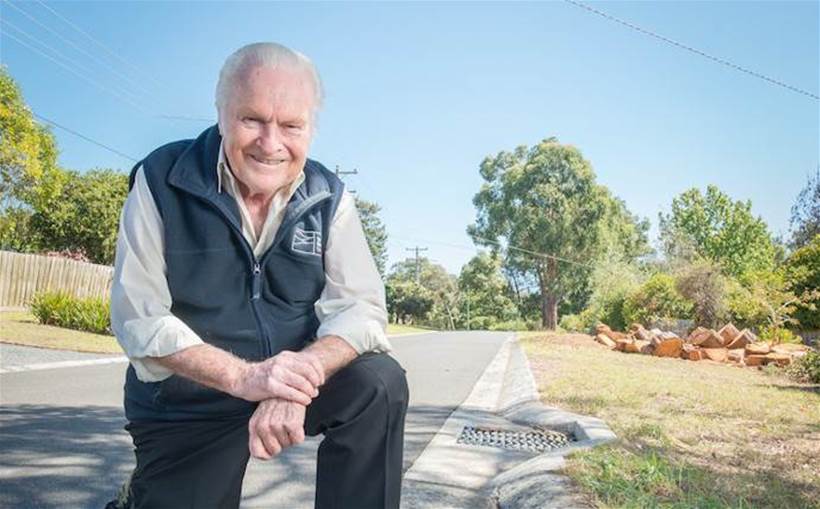 The system has been trialled by the Yarra Ranges Council in Victoria, where more than 4,900 properties are known to be at risk of flooding from waterways or blocked drains.

EYEfi has developed ultrasonic sensors and cameras that monitor water levels and flow rates in the drains and provide this information to a central platform every 15 minutes. This information enables alarms to be raised so crews can be despatched to clear the  blockages before water backs up and flooding occurs. Previously the drains were inspected only annually,

Yarra Ranges Mayor Len Cox said if the trial was successful the council would deploy the technology throughout the municipality.

The three parties said the system had come to fruition through a co-creation initiative in which they had each invested in the development of the solution with a view to wider deployment to reduce the risk of flooding across Australia.

“Through an evolving ecosystem of inputs and insights the Smart Drains trial is exploring the potential of Artificial Intelligence, IoT, cloud and security to innovate and minimise flooding events,” they said.

Fujitsu Australia CEO Mike Foster said: “This is an excellent example of how co-creation combines the best thinking from different disciplines to solve a real-world problem and create a better outcome for the community.”

EYEfi founder and CEO Simon Langdon said the system represented “a world-first, end-to-end remote monitoring and intelligence gathering solution,” and the company was “looking forward to the further deployment of the solution with Downer and Fujitsu’s customers.”

He told the Commonwealth Bank’s Equip magazine in 2017 that Downer had also been experimenting with embedded fibre cables in roads that act like a linear microphone, allowing engineers to monitor traffic, detect accidents and identify changes to the road surface that indicate maintenance is required.

“We’re working with partners developing drones to replace people for dangerous surveys of assets such as bridges and telecommunication towers,” Sharp said.

“We’re also working on trials utilising drones with thermal imaging cameras to detect water under roads, so we can see issues before they cause problems.”