The finalists in the ANZSTA’s ‘Sports Performance & Coaching Technology’ category. 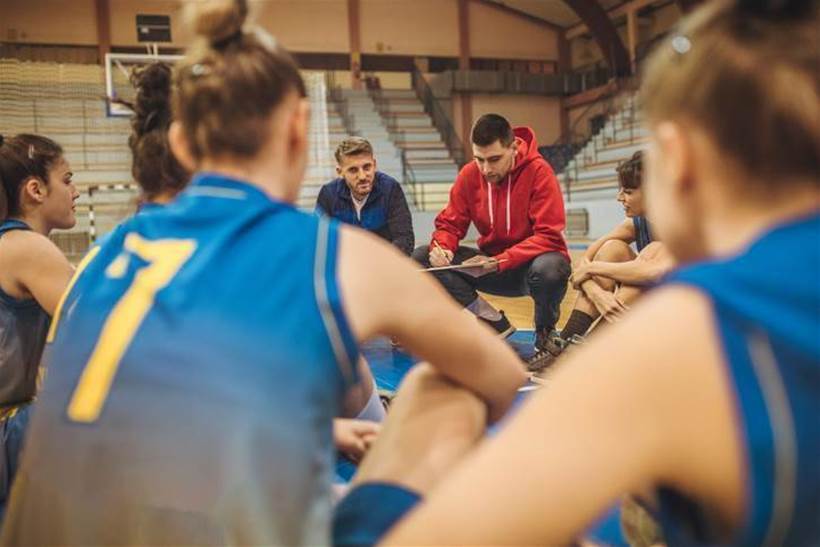 Coaching can be a tough job, but especially so for those in charge of elite-level athletes under pressure to perform at international, national or club level.

Four finalists have been named in the ‘Sports Performance & Coaching Technology’ category of the upcoming Australia & New Zealand Sports Technology Awards (ANZSTA), which are supported by the Telstra-Cisco alliance, nextmedia and Vumero Sports.

Catapult began life as a partnership between the Australian Institute of Sport and Cooperative Research Centres (CRCs).

From fast bowling intensity in cricket to quantifying strides in ice hockey, the combination of inertial sensor data and machine learning is used to deliver sports practitioners objective athlete information.

Catapult is used by over 1600 elite sports teams in 35 sports in 80 countries worldwide. It has about 80 percent market share in athlete tracking, and is largely responsible for the multi-billion dollar sports tracking industry.

The ball is capable of tracking a large range of parameters such as angular acceleration, torque and power, as well as the spin rate of the ball, the centre of pressure and the point where the torque was imparted onto the ball.

It can detect illegal deliveries and unfavourable bowling techniques, but more importantly it has been able to classify all the different type of spin bowling delivery.

The smart ball has the potential to revolutionise the sport of cricket by moving away from traditional coaching techniques for ball delivery.

It has been tested by several cricket clubs and individual bowlers in NSW and Victoria. One ball was also sent to the England Cricket Board, which is using it for training purposes.

The university is in the process of commercialising the smart ball technology.

GymAware is a linear position transducer - a hardware sensor that can measure power, velocity, force, acceleration, height and other variables in weights training.

The sensor interfaces to an iPad and iOS app using Bluetooth. There are some gamified elements of the app including motivational leaderboards to get buy-in from athletes, while raw data can also be downloaded after a weights session.

The technology has customers including Manchester United, NZ All Blacks, Boston Red Sox, Golden State Warriors, Oakland Raiders, as well as the Australian, English, Scottish and Dutch Institutes of Sport.

Superinteractive has created the Pool Pad, a mobile timing system that is used by elite swimmers to accurately record and track performance.

The pads are used on the starting block and pool wall to capture interaction times. This can be used by relay teams to improve their changeover performance, shaving valuable seconds off times and helping teams achieve their goals in competition.

The Pool Pad was first used with Australia’s swimmers in the lead-up to the Rio Olympics, with TV commentator Gian Rooney noting on air how good the relay changeovers were.

The technology was augmented with the assistance of Swimming Australia, the Victorian Institute of Sport, and Victoria University.

The company is now expanding into a range of new products including cameras and apps.