SproutX: making things smarter down on the farm 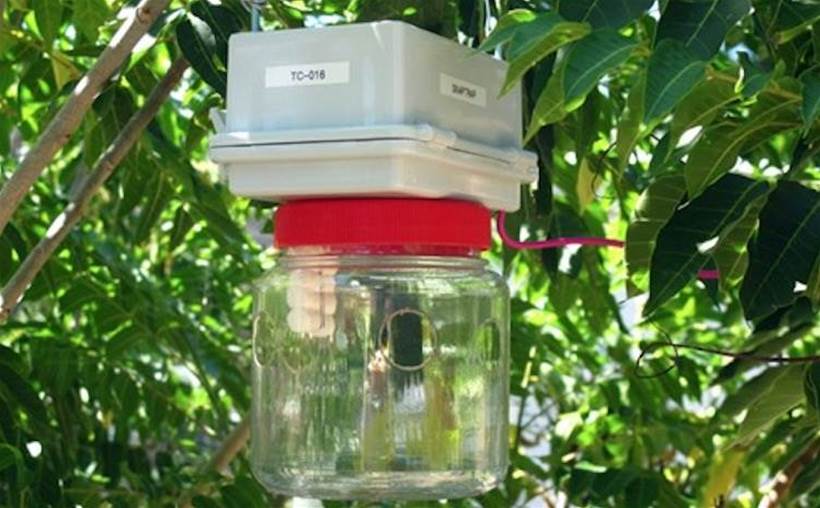 SproutX, an accelerator and network of co-working spaces for agtech startups, has announced completion of its first cohort that includes several startups with innovative IoT-based applications for agriculture.

SproutX is a collaboration between financial advisory and accounting services company Findex and the National Farmers Federation. It has drawn support from numerous other organisations, including the Victorian Government, Amazon Web Services, the CSIRO, Bosch and NBN Co.

The latest members were announced at a demonstration event in Sydney in early December. They include the following startups.

FarmApp is a software-based integrated pest management service for crops the combines scouting and fumigation apps with sensors. It is a smartphone app that is able to take data from multiple sources and sensors to help a farmer with overall farm management.

According to FarmApp, farmers will be able to save money with precision spraying and targeted release of natural enemies, take actions in a more timely manner and better understand how and where the chemicals are applied.

IoTAg has developed a smart cattle ear tag that, the company says, enables cattle farmers to track cattle over large distances, monitor for key breeding-related events and alerts them to illnesses and births.

It simply tracks animals’ location and movement via the GPS enabled tag and LoRaWAN, but IoTAg says it is working to exploit this data to provide many valuable insights.

“Can we slice out patterns in cow behaviour to catch pivotal events related to their breeding and health, automatically? Like tell when they're in Oestrus (heat), when a cow is pregnant or calving, without needing a farmer to drive up to the farm in his Ute each time?”

Snaptrap has developed a smart trap to automate fruit fly surveillance. It adds a camera to standard fruit fly trap enabling the farmer to remotely monitor the number and type of insects being captured.

The company says its smart-trap box fits onto standard code-of-practice traps used for fruit fly surveillance, codling moths and many others. It contains a hi-res camera that enables the farmer, via a smartphone app to “review trap contents online, zoom in to see all the detail, flag photos of new insects and copy photos into your pest monitoring apps, audit workflow, and orchard management software.”

The smart trap also monitors temperature to help farmers refine modelling and planning for sprays and other pest control costs. Snaptrap smart traps run on solar power and use a mobile phone network to communicate.

Thingc claims to have developed the world’s first livestock specific artificial intelligence, saying it is currently under development for release in 2018. According to Thingc it “combines the latest in computer vision and machine learning [and] will dramatically improve the ability of livestock producers to measure livestock growth on farm.”

The company has given few details of its technology but says that, by giving farmers a deeper understanding of growth rates they will be able to optimise grazing, feeding and market timing and improve profitability.

Water Save has developed what it says is an affordable, automated farm irrigation system that can be monitored from anywhere in the world and that can reduce costs by 20 percent.

Water Save says a farmer can purchase a single LoRaWAN gateway, which can communicate with up to a thousand sensors.

“End-of-row sensors, flow meters and soil moisture probes are fitted in a single paddock. These sensors will trigger an alert the moment a paddock is sufficiently irrigated,” according to Water Save.

“Micro-weather stations record local data, which can be collated with various farming outputs. This data can be stored for several years, assisting farmers and agronomists in their decision-making. The collection of historical data also assists to identify trends.”

Data can be accessed via a mobile platform and can be fed into software platforms as required by the farmer.