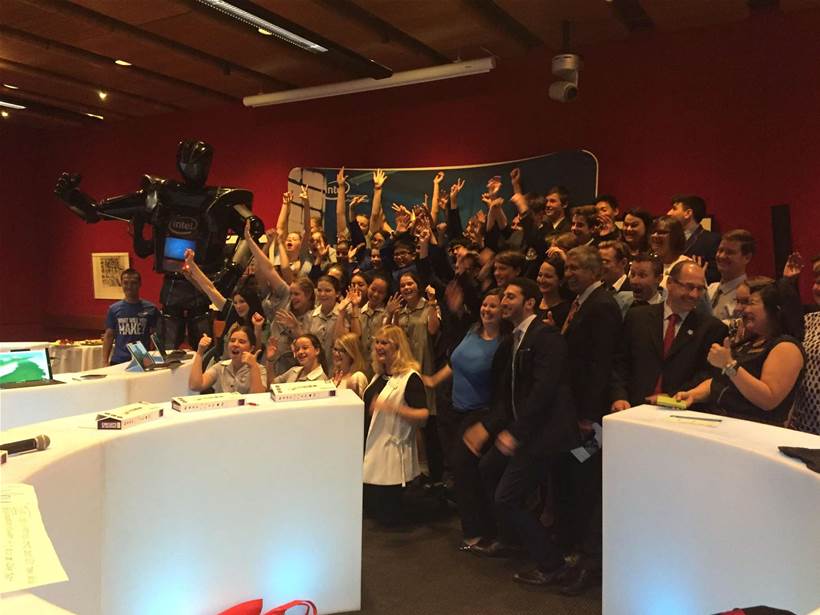 NSW Parliament has hosted a coding and innovation bootcamp showcasing IoT innovations from some of NSW’s best and brightest young makers.

Sponsored by Intel, the boot camp brought together students from six NSW schools to showcase electronics projects to NSW parliamentarians and to prove that innovation is very much alive in Australia.

Members of parliament had a chance to speak with the students and interact with their creations, and the students themselves had a chance to play with technologies such as visual programming, Intel’s Galileo and Edison boards, as well as learning the basics of commercialising inventions.

“Working for Intel, I get the privilege of seeing bright pockets of terrific innovation taking place in Australia,” she said.

“We’ve worked out how to make STEM (Science, Technology, Engineering, Maths) fun in the classroom, so that students get involved."

Burleigh emphasised that the role of Intel and NSW government is to amplify and encourage more people to join the innovation movement.

She added that NSW schools are “leading the world in a lot of the innovation projects that are taking place with coding and developer boards”, referring to systems such as Intel’s Edison and Galileo microcontrollers, which are already being used in industry for IoT implementations.

Burleigh was particularly excited that primary school students were also present and showing their creations.

“This isn’t something that’s saved for the higher end of our education spectrum”, she said. “We’ve also got primary school students leading the way.”

Victor Dominello, NSW Minister for Innovation was also in attendance, and likened coding to learning a second language.

“[Coding] is an international language – it will open up doors that you can’t even imagine right now,” he said.

“But beyond opening up doors and being an international passport for the present and the future, it gives you a world of opportunities in terms of employment – but more importantly – to change things for the better.”