Sydney's $600m smart motorway project to be put to the test 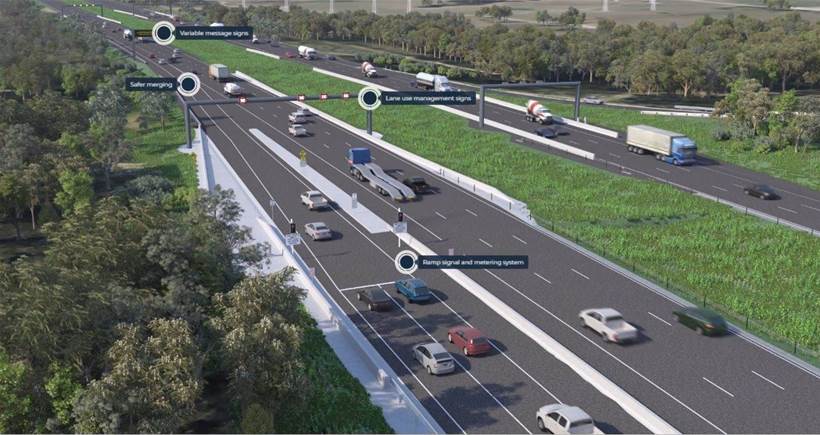 The NSW government will next week start trials on its $600 million M4 Smart Motorway project, ahead of the project’s 2020 finish date.

Minister for Transport and Roads Andrew Constance said the systems will help control the flow of traffic between Mays Hill and Penrith in the city’s west.

Since June, Roads and Maritime has been installing 41 overhead gantries along the motorway to keep drivers up to speed with traffic conditions and alerts, fed by data from traffic sensors set up every 500m and at exit ramps.

The gantries will feature variable ‘lane use management signs, which can display different speed limits, lane closures, and instructions to merge.

Variable messaging signs will provide more detailed information, including the cause for delays and estimated travel times to main the motorway’s exits.

Installation of the gantries will, however, mean the motorway will be periodically closed in both directions between 11pm and 4am.

Ramp meters will also be set up at entry ramps between The Northern Road in Penrith and Pitt Street in Mays Hill to control the flow of traffic entering the motorway in a bid to smooth out traffic flow.

The ramp meters won’t be active except for during periods of heavy traffic, and will otherwise let traffic flow as normal. During periods of congestion, traffic signals will only let one vehicle per lane on the ramp enter on the main motorway at a time.

Testing will begin from 14 August, with ramp signals being active during the afternoon peak period on selected days along the 35km stretch of motorway.

“This technology will ensure less stop-start traffic and sudden braking at some of the most
congested points along the motorway,” Constance said.

“When the project is complete, these systems will talk to each other and automatically
adjust to incidents and congestion without a manual operator intervening.

“This testing will measure driver behaviour and reaction to the technology ahead of the
project opening to traffic.”

Constance added that technological upgrades are also planned for other major roads in the state, including the M1 Motorway between Gosford and Sydney.