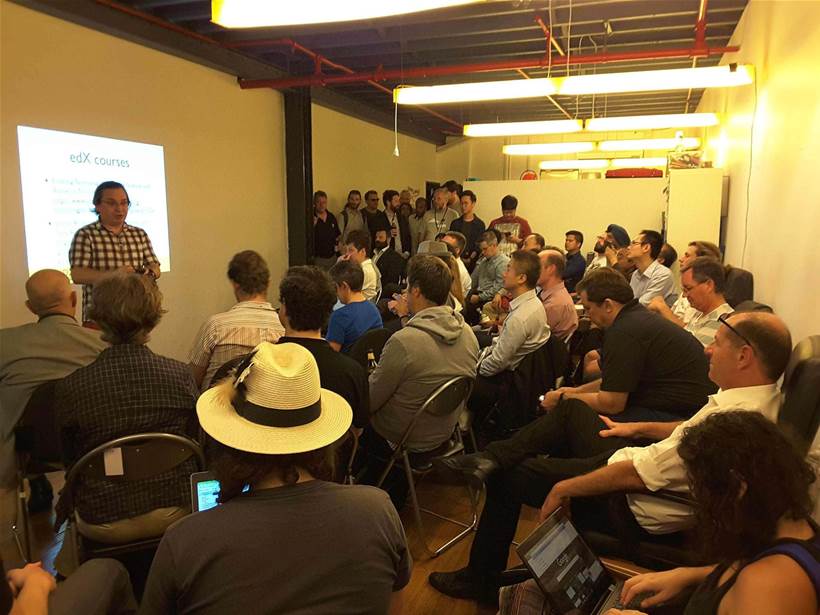 The maker community is just as important to the development of the Internet of Things as big business, and Justin Mclean is doing his part to ensure that regular Sydneysiders can gather together to talk all things IoT.

Mclean is the founder of the IoT Sydney Meetup, a monthly gathering of IoT enthusiasts where attendees can network and share ideas, and hear from businesses who are innovating in the IoT space.

He told IoT Hub that the meetup was created following a chance encounter with Alexandra Deschamps-Sonsino, the founder of the London event.

“I was at a Web Directions conference and ran into Alexandra who told me about the London IoT meetup and asked if there was one in Sydney, to which I said I didn’t think there was,” he said.

Deschamps-Sonsino suggested to Mclean to start a meetup in Sydney, and his experience in speaking at conferences about the Arduino platform and open source hardware led him to believe he could make it work.

“I thought the first meetup would be a couple of people sharing some stories in a pub, but in a few weeks I managed to sort out a venue and some sponsorship, and 40 people turned up,” he explained.

From these humble beginnings in 2013, the group now boasts over 1200 members, and attendance at the monthly meetings has steadily grown in the last few months, encompassing a wide array of professions.

“We get artists, students, developers, hardware creators, roboticists, makers, geeks, entrepreneurs and others,” he said.

“There seems to be a few more IT people than other groups, but that’s not too surprising given the field.”

Mclean said that he occasionally liaises with organisers of similar groups interstate and around the world, and has had a few of them speak at the Sydney gathering in the past.

Mclean has enjoyed steady corporate sponsorship since its inception, such as Spark Fun who were particularly active in the first year of the group’s creation, and Web Directions who lend their offices as the venue for the meetings.

Companies have also recognised the importance of the maker community, and will often send representatives to interact with the other attendees.

“Some companies come along to share what they have been working on and get the word out, and some come along to see if they can fill internal positions rather than going through agencies,” Mclean explained.

“Many companies that attend are interested to see what is happening in the maker space and come along for that reason, and others who are conducting Kickstarter campaigns come to provide a sneak peek to the group and get feedback on their products.”

ineni Realtime’s Jeremy Harkins recently presented the company’s three-dimensional facilities management system at a recent event, Meshed have also attended to spread the word about their plans to implement a country-wide, freely accessible LoRaWAN network, and The Yield have shared with the group the work they are doing in the food industry.

Mclean hopes that the access to the maker community provided to large corporations is repaid by providing greater exposure to some of the projects undertaken by individual members.

“There is a large overlap in the maker and IoT space at this level, and a lot of our members are making devices and tinkering with them to put them to new and interesting uses,” he said.

“What they don’t always do well is the marketing or commercialisation of their platforms, devices or ideas, and that’s where I think the larger organisations can lend their assistance.”