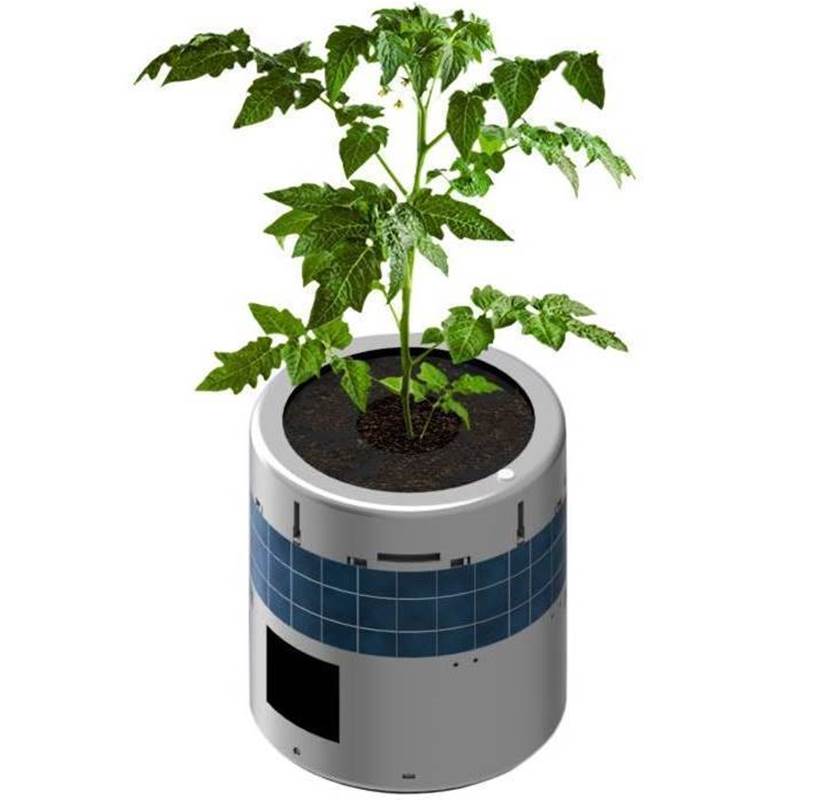 The smart, solar-powered plant pot being developed by one of the winners, Alpha Centauri.

As foreshadowed in IoT Hub recently, Telstra has now kicked off muru-D, its IoT-focussed startup accelerator, naming the four successful startups chosen from over 75 applicants.

They are Smart Paddock, Alpha Centauri, Moduware and Sofihub. Each will receive $75,000 from Telstra in return for equity and gain access to a network of mentors and industry professionals.

The muru-D funding model is based on a SAFE convertible note, which was made popular in the USA. “[This] means that Telstra no longer takes a fixed equity stake in any company at the outset, rather this is determined by the company’s market value after the program,” according to Telstra, which expects a fixed return of $150,000.

The muru-D cohort will be based at Telstra’s Gurrowa Lab in Melbourne and will have access to Telstra’s integrated innovation capabilities, including Telstra’s Open IoT Lab.

Smart Paddock, which is based in Melbourne, is developing a farm management tool that it says will modernise the global livestock industry through intelligent data analysis.

Its tool is based on a smart tag for livestock, and is designed to remotely monitor the animal’s health and location, and to provide early indication of health-related issues. It is designed to last the animal’s lifetime. Information is presented via a browser or smartphone app.

Smart Paddock is looking for farmers willing to trial its product.

Alpha Centauri has developed a smart, solar-powered plant pot designed to grow a wide range of plants from seed. According to the Alpha Centauri website, its AdaptiGrow product is “a logical extension of the traditional planter, the most simple form, just orders of magnitude more convenient and capable.”

“AdaptiGrow is energy independent (solar) and looks after your plant for you. Simply select what you would like to grow on the display and hit ‘grow.’ Place seeds or seedlings into the growing medium to the depth specified on the packet or label and add the nutrient liquid that came with your device through the ejectable funnel … AdaptiGrow controls nutrient concentrations, water input rate, temperature and pH.”

The company’s vision goes well beyond decorative plants in the home. It describes AdaptiGrow as “a first step towards the productivity enhancement the horticultural industry needs in a world of growing agricultural land scarcity.”

Moduware “creates phone cases and power banks to extend the hardware and software capabilities of your smartphone,” and “as a maker and IoT platform, Moduware allows developers to build their own module and write apps for existing ones,” according to Telstra.

Moduware’s website is due to go live on 1 September.

Sofihub has developed a 4G connected device for installation in the home of people needing care either because of age or infirmity.  It provides local and remote alerts based on input from sensors, but there is no detailed information on the web site.

Sofihub has been selected as one of 14 Victorian companies to tour China as a member of a Victorian IoT trade delegation in August.