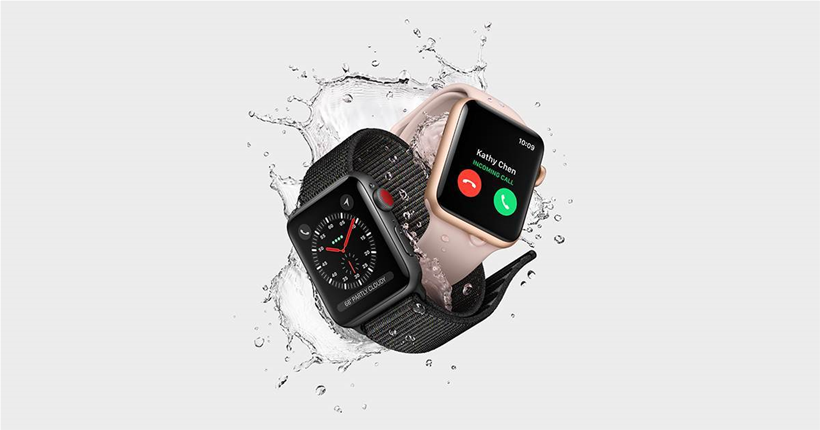 Apple Watch Series 3: the latest wearable to include an eSIM.

Telstra is offering users of wearables with embedded SIMs (eSIMs) the ability to connect these devices directly to Telstra’s mobile network and share the same mobile number as their smartphone.

Telstra has announced support for eSIM (embedded or electronic SIM) technology under the brand name ‘Telstra One Number’. It will be made available initially to post-paid consumer customers with small business, enterprise and prepaid customers to follow in the future.

eSIMs are permanently embedded in devices and can be switched to operate on different networks where the network operator supports this functionality. The eSIM specification was released by global cellular body GSMA in February 2016, as the first output of its  Consumer Remote SIM Provisioning initiative with the GSMA saying it had the backing of  Apple, Huawei, LG, Microsoft, Samsung and Sony, and other device makers.

It was followed in June 2016 by another specification for remote provisioning for any mobile device.

The first device to incorporate and eSIM was the Samsung Gear S2 smart watch, released early in 2016. The just released Apple Watch Series 3 also has an eSIM. The new iPhone X, however, does not.

eSIMs are tipped to fundamentally change the competitive dynamics of the mobile market, by enabling consumers to easily switch between networks and even to have services on more than one network at a time.

Announcing the launch of Telstra One Number, John Chambers, executive director, Telstra Product Innovation, said: “Up until now, customers have had to pair their smartphone with their wearable devices using Bluetooth to access calls, messages and notifications on their wearables.

“The ability to connect a wearable device, like a smartwatch, directly to a mobile network and integrate a customer’s existing mobile number will make these devices even more powerful companions.

“Customers won’t have to worry about forgetting their phone, or taking it with them when they pop out to the shops or go for a jog – with Telstra One Number they’ll still be connected to Australia’s best mobile network via their wearable.”

Chambers added: “Because eSIMs are smaller than typical SIM cards, the technology will help designers bring connectivity and calling to a broader range of smaller wearable devices – from clothing and health monitors right through to fitness trackers and watches.”

Shortly after the GSMA’s February 2016 announced, in a blog on the Optus web site, Optus head of marketing & strategy wholesale John Castro said the topic had “dominated discussion at the recent MVNO [mobile virtual network operator] World Congress in Amsterdam,” in April 2016

According to Castro, “No longer is the customer having to go into the store to get a different sim, or log online to wait two days for a sim to be delivered to your home, no longer are you having to go through the process of removing one sim, putting in another on the device, waiting hours for it to be provisioned or being ‘locked in’ to a service provider, all that vanishes in an eSIM world.”