Using LoRa to build a 'Fitbit for Sydney' 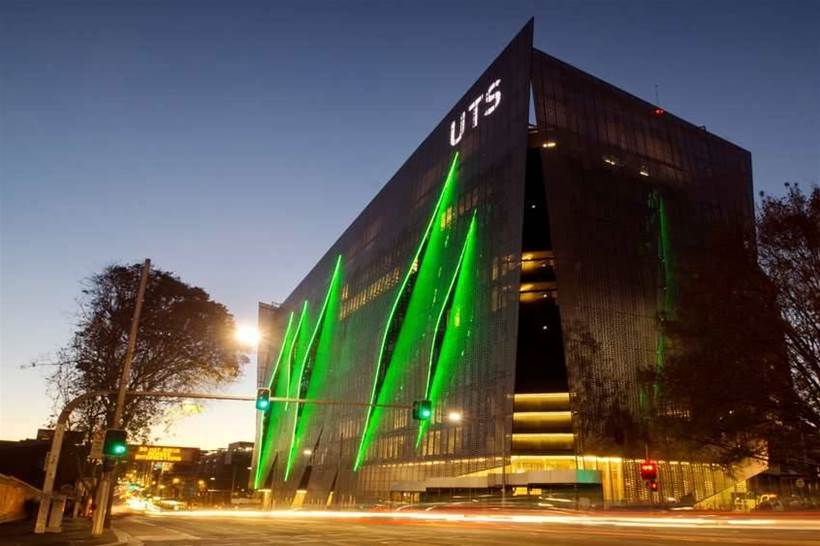 Capturing data about the health of Sydney's CBD is a key objective for IoT integrator Meshed with the launch of its public network based on LoRaWAN, an increasingly popular Low Power Wide Area Network specification.

Following a successful launch of a similar network in Wollongong earlier this year, Meshed unveiled its publicly accessible LoRaWAN network in Sydney, in partnership with The Things Network, the IoT Alliance and the University of Technology Sydney (UTS).

With a gateway installed atop UTS’ Building 10, Meshed said that its LoRa network – which forms part of the global initiative The Things Network – is expected to service an area that reaches as far away as Darling Harbour.

Smart city initiatives will be an early focus for the LoRa network, particularly the creation of a ‘Fitbit for the city’, according to Meshed’s sales and strategy director, Catherine Caruana-McManus.

“This idea of measuring the city's health is critical because at the moment, people get information in disparate ways,” Caruana-McManus told IoT Hub.

“Sydneysiders know there’s traffic congestion because they're sitting in traffic, or they know that it’s a particularly hot day because they’re feeling the heat.

“The idea of the Fitbit of the city is for people – particularly policy-makers and stakeholders across the city – to get a real sense of the state of the city’s amenity, not just pollution, noise or traffic congestion in isolation but to bring all of that information together.”

“Furthermore, because the technology is easy to deploy, pockets of the city can start to monitor and then bring their data together to build a story of exactly what is happening around the city,” she added.

Companies like the Total Environment Centre based in Darlinghurst have already expressed interest in using the network to help drive greater insight into Sydney’s inner workings.

Caruana-McManus said she was pleasantly surprised by the level of interest that the City of Sydney has expressed in the establishment of the low-power network within its borders.

“We brokered this idea to the City of Sydney about eight weeks ago, and since then we’ve had a few meetings with the council and they’re already starting to think of use cases for the network,” she said.

Caruana-McManus is also thinking about partnering other major cities around the world.

"One idea we have is creating a potential link with New York. So we'd establish a link between New York, [The Things Network's home city] Amsterdam and Sydney, sharing information about how the network is being used and the sorts of projects coming out of the communities at those locations," she said.

Benefits for research and learning

Similar to the Wollongong rollout, which was done in conjunction with the University of Wollongong, Caruana-McManus said that partnering with a Sydney university for the launch was crucial to its success. She said UTS was well-placed to provide this support.

UTS is the home of the Knowledge Economy Institute, headed by Australia’s first IoT professor Mike Briers, and also the research group  the Institute for Sustainable Futures.

“We started the conversation [to launch a LoRaWAN network in Sydney] late last year, but things started to accelerate once I met with [UTS Deputy Vice-Chancellor of research] Professor Glenn Wightwick,” she said.

“Glenn loved what we were doing, and helped us position the network not just as a platform for smarter cities but also as an innovation platform for research.”

Wightwick said of the launch “The opportunity for UTS to work with Meshed and the IoT Alliance to enable connectivity for an Internet of Things innovation platform for developers, entrepreneurs and business was too good to miss.”

“The outcomes benefit not only local business, but also students and researchers installing, receiving feedback and publishing data from low cost sensors to support smart city, precinct and campus applications,” he added.

Caruana-McManus said that the decision to partner with UTS to deploy the Sydney network was a “no-brainer”, due to its reputation as a technology leader in the city.

She also said that there are four layers that the university brings to the table for this initiative.

“There’s the research layer which is in collaboration with industry; the student learning layer, which is about accelerating their capability of understanding the next generation of services in things like Industry 4.0, smart cities, asset management and so on,” she said.

“Third is the relationship the university has with the city. That stakeholder relationship with Sydney is very strong, and [Meshed] felt that was very important for us to put this network at the heart of that relationship.

“Finally, there’s the access to the younger generations. We need to make this technology much more accessible and relevant to young people, and by having a university presence, we feel we can get closer to the heart of the next generation of innovation.”

Meshed has also fielded expressions of interests from other universities in Sydney as well as in Victoria and Queensland, and Caruana-McManus is optimistic that partnerships with those institutions can be forged to expand the LoRa network even further.

Caruana-McManus hopes that the ability for a local start-up to partner with major stakeholders and deploy a product to drive innovation encourages today’s students to adopt an entrepreneurial spirit.

“We want to instil in young people that it is possible to create something out of nothing, and in Australia, we’re very risk averse so we want to unshackle that mentality,” she said.

“Our idea is to get these community networks out there,  buck the trend a little bit, and see where it goes.”