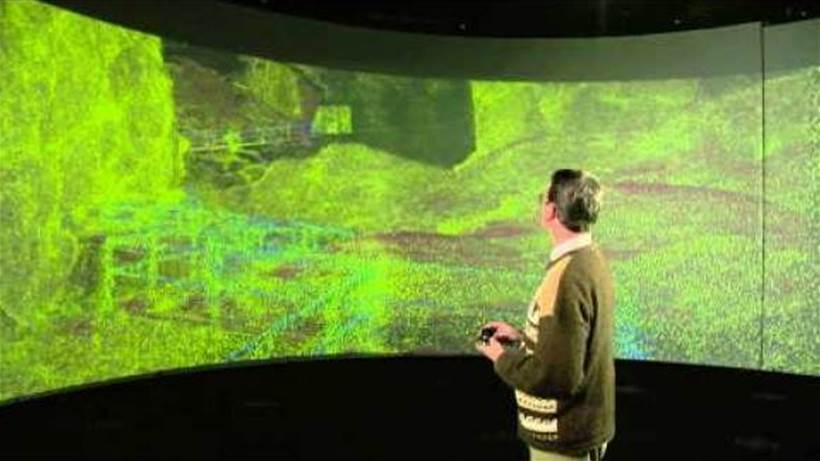 The University of Technology Sydney’s Data Arena project has been named by IDC as the winner in the education category of its 2017 Smart City Asia Pacific Awards.

The Data Arena is intended to help researchers and data scientists intuitively explore complex data sets meticulously. It’s a 360-degree interactive data visualisation facility that is set to change the way we view and interact with data, and a powerful immersive facility that can help business, government, and research simplify complex information, according to UTS.

“Each user wears active-shutter glasses that present separate left/right views to achieve a stereo-visual effect. To complement the visual experience, a 16-channel audio system surrounds the Arena. Speakers fitted behind the perforated screen allow sound to be positioned in 3D space.”

The facility opened in 2015 with UTS saying it was poised for break-through research discoveries across a range of disciplines and sectors enabled by immersion in and visualisation of big data.

The facility has already been used to generate a 3D volumetric model of a parasite from microscope image slices, identify biological markers in childhood cancer patients, track bacteria, travel through physical structures and create unparalleled computer graphics for film, fashion and entertainment.

The applications shown on the UTS web site that seems most relevant to smart cities are a visualisation of mains water pipes, being undertaken by Dr Jaime Valls associate professor in the Centre for Autonomous Systems at UTS and a visualisation of structures, specifically the Wombeyan Caves in NSW, undertaken by Dr Michael Lake of UTS’s IT Division.

Miro says he is using the Data Arena to analyse data gathered from pipe inspections with the aim of detecting potential breaks before they occur. However, he is presently analysing data gained by laser scanning of pipes that have been dug up. The laser scanning generates huge volumes of data and visualising this in the Data Arena enables weak points in a pipe to be identified.

Lake is visualising the Wombeyan Caves using data gathered with a CSIRO developed device. “CSIRO has this amazing device called a Zebedee, he says. “You just hold it in your hand and as you walk along there’s a laser that scans back and forward 40,000 times a second. It effectively looks around the cave and takes thousands and thousands of measurements. After a few hours, you’ve scanned the entire cave.”