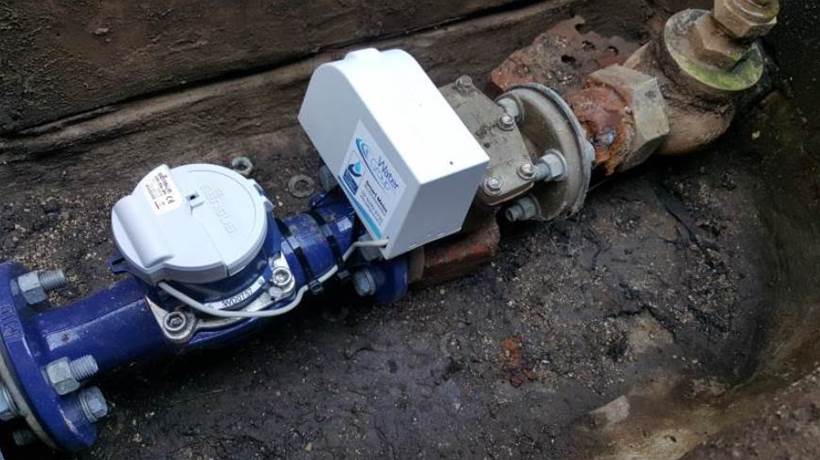 Australia’s Sigfox licensee, Thinxtra, has formed a partnership with water management company WaterGroup under which WaterGroup will use the Sigfox network in Australia to feed data from smart water meters into its water usage management platform.

WaterGroup says it has spent the last 24 months researching and developing multiple low-power WAN wireless technologies that will work best with smart water devices. Its web site shows that, at present, it offers connectivity via 3G, LoRaWAN and Sigfox.

Thinxtra’s VP marketing & ecosystem Renald Gallis told IoT Hub that under the new partnership Sigfox would be the preferred option for connectivity. Thinxtra CEO Loic Barancourt said the company had Sigfox coverage of 71 percent of the Australian population and aimed to lift this to 95 percent by the end of the year.

He said Sigfox capability was being incorporated into water meters made by, among other, Honeywell subsidiary Elster and Itron, which between the account for over 90 percent of the water meter market in Australia, and that both companies were expected to have products on the market in the third or fourth quarter of 2017.

“Our smart water meter systems are so innovative they can detect leaks almost as soon as they occur,” he said. “For example, one of our customers, Fairfield Council, is saving $4,500 a month as a result of early leak detection. Another customer, Australian National University (ANU), saved over $300,000 within six weeks of our smart meter system being installed.

“Our smart water meter systems and solutions also help overcome one of the major challenges facing large users of water which is the shock they get when they realise that their quarterly water bill has gone up enormously due to a costly leak or large unauthorised use.”

At Australian Utility Week in Sydney in December 2016, WaterGroup and ThingWorx demonstrated the application of ThingWorx augmented reality to WaterGroup’s smart meters. By pointing a smart phone at a ThingWorx code on the meter an operator was able to display, via the ThingWorx platform in the cloud, historical and current water usage information recorded by the meter.