Why NB-IoT is key to Huawei's local strategy

Narrowband-IoT will "be a real bolter", says Huawei Australia chairman. 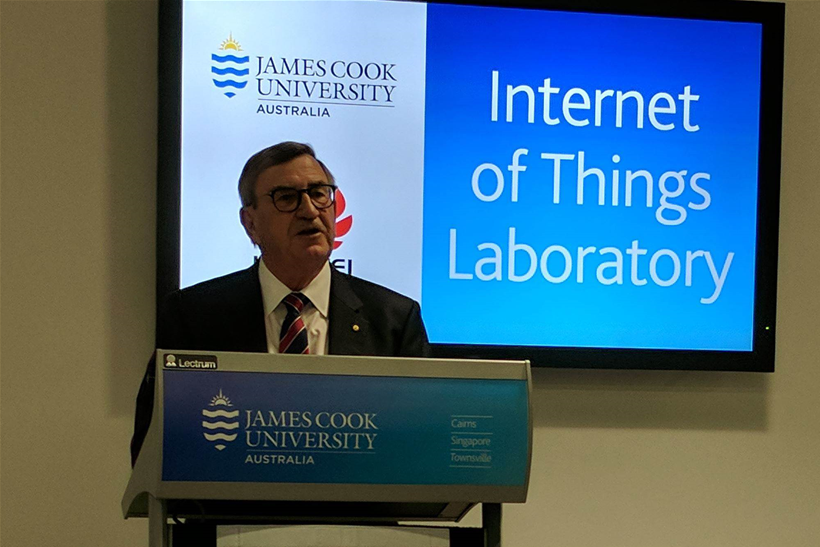 Narrowband-IoT (NB-IoT) promises to be a game changer that could impact all Australian businesses, according to Huawei Technologies Australia chairman John Lord.

“NB-IoT will be a real bolter, because it’s going to spread across everything,” he told IoT Hub at this year's Mobile World Congress in Barcelona.

“The growth of IoT and NB-IoT will be a transition, not an instantaneous awakening, but it is exciting because of the possibilities it holds for all business.”

Huawei Australia is certainly getting serious when it comes to IoT, with the provisioning of hardware for the South East Water (SEW) IoT trials in Victoria last year and the recent launch of Australia’s first IoT engineering degree at James Cook University (JCU) in Cairns.

Huawei also has representation spread across multiple workstreams within IoT Alliance Australia, providing input into areas such as smart cities and spectrum availability.

Lord said he was buoyed by the positive feedback and results obtained from the SEW trials of NB-IoT technology, and hopes to extend this sort of testing exercise to other industry verticals.

“For us in Australia, that means agriculture and farming. We’re talking to a couple of wineries about doing a SEW-like concept over their vineyards,” he explained.

“We’re also working with cattle stations, who have real challenges around getting mobile signals out to their vast properties and retrieving data back.

“Our investment in the IoT engineering degree at JCU isn’t just about nurturing talent, but also about the hope that JCU will develop IoT business applications, which in turn would attract industry to come in and develop their own applications as well.”

Lord sees Huawei Australia’s involvement in the SEW trials as a great example of what the company can bring to the table, and he is quick to point out that it can only be achieved through robust partnerships.

“We can provide the pipe, the equipment, and the latest technologies, but we need partnerships around us to deliver the product,” he said.

“We don’t build infrastructure, nor do we provide the whole solution. South East Water is a good example, because there you’ve got Vodafone and Optus providing the network, you’ve got us providing the equipment, sensors and other components, and you’ve got SEW performing the analysis and understanding how to take the solution further in the industry.”

Lord also cited Huawei’s five-year partnership with the Gold Coast Suns AFL team as an example of how a partnership with Fujitsu – together with Huawei technologies also used in German football team FC Schalke’s home stadium – will enhance the fan experience at the Suns’ own Metricon Stadium through the use of technology.

Lord conceded that Huawei’s relatively recent entry into the Australian market has put it right up against a slew of incumbent competition, particularly on the east coast.

However, he does see areas where Huawei can make an impact.

“Western Australia is an area where there hasn’t been that much competition, so they’re very welcoming of someone coming into the enterprise business like Huawei to provide that competiveness,” he said.

“There are a few players on the Australian east coast who have long been in very traditional industries, so we’re going into that market expecting strategic competition in the long term.”

Lord hopes to leverage the parent company’s strong ties to European industries and consortia, which he sees as leaders in the IoT space.

“As new technology rolls out and businesses get more into digitisation uptake, particularly in IoT, that I believe will be a real chance for Huawei in Australia to succeed.”

Peter Gutierrez attended Mobile World Congress 2017 in Barcelona as a guest of Huawei.